Schumacher: It’s kind of a torture driving at the back 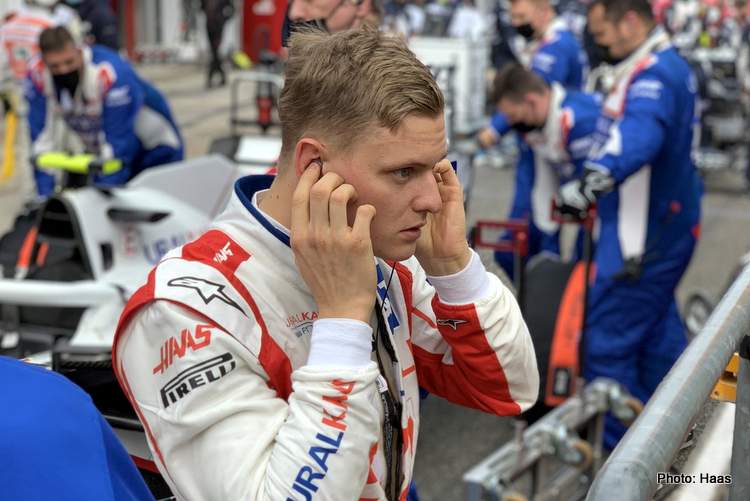 Mick Schumacher, son of Formula 1 legend Michael Schumacher as well as Formula 3 and Formula 2 Champion, is finding it torture racing at the back of the field with a well below par Haas and he is only two races into his career in the top flight.

Pause to consider how times have changed, almost 30 years ago, at Spa-Francorchamps, a 22-year-old Michael Schumacher (same age as his son is now) stunned the world by qualifying a Jordan in seventh place for that year’s Belgian Grand Prix, at a venue he had never set eyes on before.

F1 was mesmerised, despite the fact that the German’s race only lasted a few hundred metres he had arrived on the scene with a bang; in no time, always fast to maximise an opportunity, Benetton team boss Flavio Briatore pounced and yanked Schumi away from Eddie Jordan’s rookie team, booted out Nelson Piquet’s mate Roberto Moreno from Benetton.

At the Italian Grand Prix, two weeks later, Schumacher was a Benetton driver and the rest, as they say, is history.

Fast forward almost 30-years and Mick Schumacher finds himself anchored to the back of the field thanks to a Haas car that is the worst on the grid and has been for the past two seasons.

Both Romain Grosjean and Kevin Magnussen were flummoxed by an unpredictable and woefully off the pace car which required them to drive beyond the limit, at times with devastating consequences.

Thus no surprise the Haas VF21 is not good at all, basically, it’s the same as the VF20 of last year, just the paint-job is different and of course the two rookie drivers. Magnussen called the car “crap” and that was being polite as by his own admission what he really thought of the car was cut out of the Netflix episode – in other words, not for broadcast.

Michael Schumacher seldom, if ever, had to contend with such “crap” cars especially during his early days in F1.

Speaking to Channel 4 after his forgettable Sunday afternoon at the Emilia Romagna Grand Prix, Schumacher junior said: “I don’t really realise what I’m doing when I’m in the car, let’s say facial expressions wise or feelings wise, I just love driving so I enjoy what I’m doing.

“And I don’t enjoy it when I’m not first so it’s kind of a torture driving at the back with no real competition. Therefore I have to make myself a Grand Prix, so let’s say if I have Nicholas (Latifi) in front of me or (George) Russell, it’s just like for me they are the leaders and I have to catch them.

“That’s the game that I’m playing to always stay motivated, to always keep on pushing and always be 100 per cent. I think in general you have to say that you can’t make everybody happy, and I know my worth, I know what I have accomplished to be here.

“Having that surname doesn’t only give me the surname, it gives me potentially also the genes so I think I have a very good package and maybe the best teacher in the world,” added Schumacher.

That’s a big chunk of his heart the rookie is wearing on his sleeve with only two races so far this season.

Haas team boss Guenther Steiner has made no secret that the car is pretty much the same as last year. Expectations have been tempered from day one., and said after Imola: “Mick did well to recover from the earlier part of his race.

“As much as it’s not the result that makes you happy, what makes you happy is that we made progress. That was our plan, and if we can continue to work like this with less mistakes and more performance, that’s what we’re here for this year,” added Steiner.

Meanwhile, the reality is that they are fielding an evil car that no driver understands or can fully master, sometimes with devastating results. For now young Mick has 21 more races of torture to endure.

Meanwhile, on Thursday Schumacher was at Fiorano in a Ferrari SF71H doing private testing: