Horner: Great races to come from Perez in future 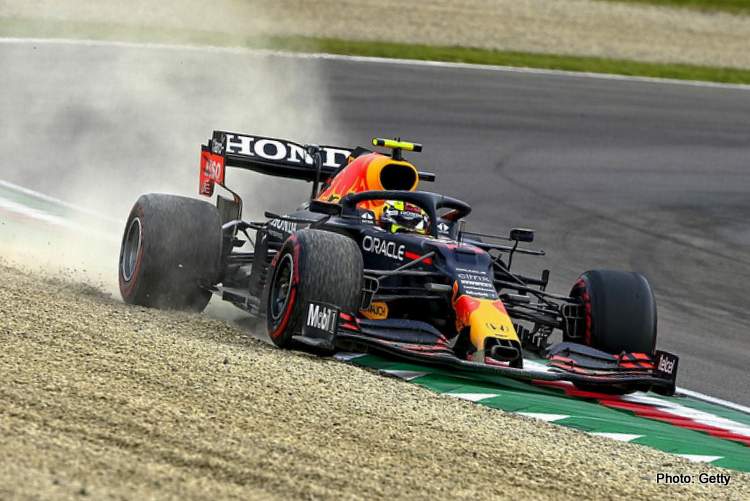 Red Bull’s new driver Sergio Perez ticked all the wrong boxes for his team during the 2021 Emilia Romagna Grand Prix, starting by outqualifying teammate Max Verstappen and messing up in the type of race he is expected to excel in.

After too many years as half a team, Verstappen doing all the heavy pushing, Red Bull came to their senses by signing Perez to back up their ace, in the other car, at the expense of their homegrown talent, Alex Albon and Pierre Gasly.

The thinking is that while Verstappen does what he does best, namely drive as fast as he can all the time, Perez would bring his unique brand of firepower to race days with his legendary “tyre-whisperer” style driving, rising to the occasion in races of high attrition as we had at Imola on Sunday.

But that theory was turned on its head this weekend, starting on Saturday in qualifying as he did the unthinkable and outqualified Verstappen, the Dutchman’s first teammate to do so in 31 races, to line up on the front row of the grid behind Lewis Hamilton.

Race day dawned with rain and as a result, a wet start, track conditions so challenging even the likes of Ferrari driver Charles Leclerc were caught out, and that’s before the race started!

Step up Checo Perez we thought, this was his ideal playground.

But over the next two hours or so the veteran of 193 Grand Prix starts looked like a rookie, Albon-like one may have to say, as he fumbled his way around including a couple of spins, that cost him a podium.

At the front, Verstappen delivered a masterclass to take victory over Hamilton and Mercedes, while Perez crossed the line in 12th, nearly a lap adrift of the winning blue car.

Despite the woeful showing by their new driver, team principal Christian Horner is unconcerned: “It’s just time in the seat. It’s different to what he’s used to.

“He did a mega job [in qualifying] to put it on the front row, only just missed out on that pole position and there are great races to come from him in the future.

“You could see in clean air his pace was strong; he just got caught in that DRS train at the end there. But yeah, it was a tough day for all of them today. So tough for him and we should have taken some points out of Mercedes.

“He had good pace in the race and there’s still a long, long way to go,” added Horner.

Perez summed up his own performance best: “I’m very disappointed in myself and really sorry to the team. I think at the re-start the podium was ours and the pace of the car was good, we should have finished one and two on the podium.”