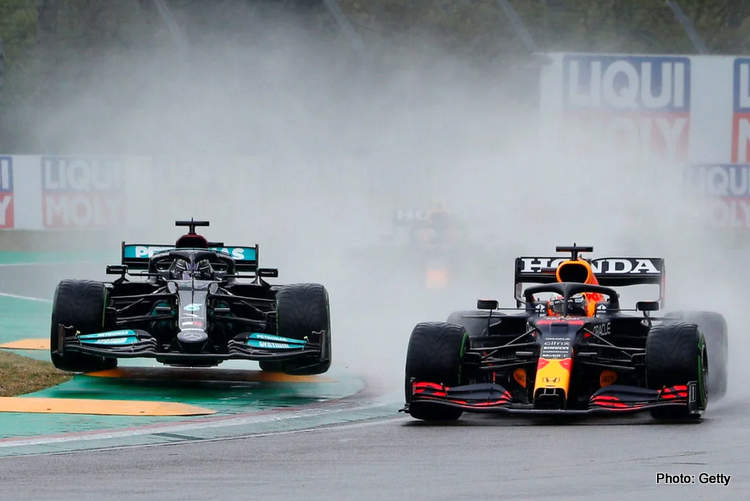 Former F1 driver Jan Lammers has thrust the cat among the pigeons by claiming Lewis Hamilton makes his fair share of mistakes, the only difference being that his potent Mercedes hides his errors.

Lammers claimed this after an action-packed 2021 Emilia Romagna Grand Prix, in which every driver made mistakes, some more serious than others. Hamilton made two glaring errors, first the no-go attack into Variante Tamburello that costs the Mercedes some wing-bits.

Then later in the race spinning into the gravel which ultimately cost him any chance at the top step of the podium, although beating Red Bull’s Max Verstappen on the day would have been a tall ask, even if things did not go awry for the World Champion.

While the world reported a rare mistake by Hamilton, Lammers thought otherwise and told RacingNews365: “Hamilton often makes mistakes. His mistakes were never punished because he drove the best car and always got away with it.

“Hamilton is often there when it matters but, certainly at Imola, you saw that everyone was vulnerable due to the circumstances,” added the Dutchman.

Needless to say, he gushed with admiration for his fellow countryman Verstappen’s epic afternoon at Imola: “It is a case of the glass half full or empty. If you look closely, it was flawless. He almost made a mistake, but you can also say that he did a fantastic job saving his car!

“If he spun, it would have been a real mistake. So you see, in that situation, a mistake can happen but that was all part of the weekend.”

“Verstappen got off to a good start, both in response and in execution. He had to force his leading position in the first corner combination, but it all looked good. He knew that the lead would be so important and during the restart, he immediately made the difference,” observed Lammers.

We didn’t have to wait long to see @LewisHamilton and @Max33Verstappen go wheel-to-wheel this weekend 🤩🍿#ImolaGP 🇮🇹 #F1 pic.twitter.com/8LYds9nVgv