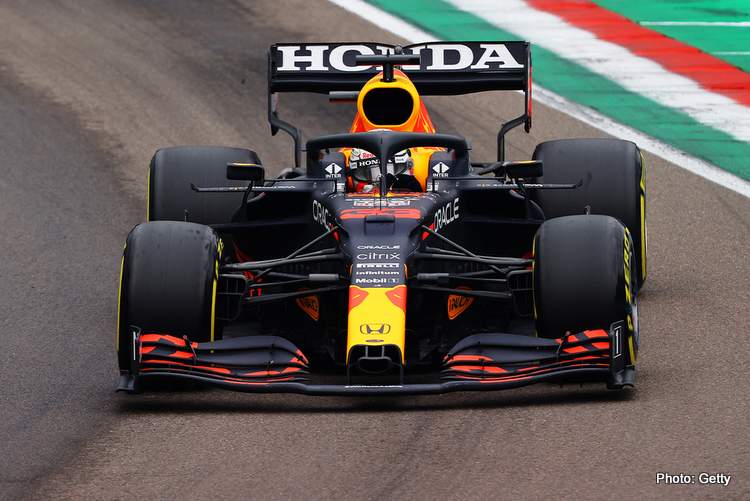 However, Verstappen also warned that there were “no guarantees” that they would remain competitive with Mercedes for the rest of the season.

The Dutchman sealed his first race win of the season at Imola on Sunday, and sits just one point adrift of drivers’ championship leader Lewis Hamilton.

Two races in and the battle between Red Bull and Mercedes, and Verstappen and Hamilton, appears close, with the competitors now one win and one pole position apiece.

Speaking after a successful weekend, the 23-year-old insisted that while he was “very happy” with the result in Italy, he and the team “have to keep on improving”.

“It’s a very long season,” he said. “We just have to keep on working very hard.

“I’m very happy with the result, of course, but we have to keep on improving because there’s still a lot of work to be able to keep doing this the whole season.”

“It’s great to be fighting against Lewis, Mercedes who, I think, as a team, they have been so dominant and they’re very difficult to beat,” he added.

“So to be able to say, after two races in a row, we were very, very competitive, that’s very promising but no guarantees.”