Horner: I think Mercedes had a quicker car on race day 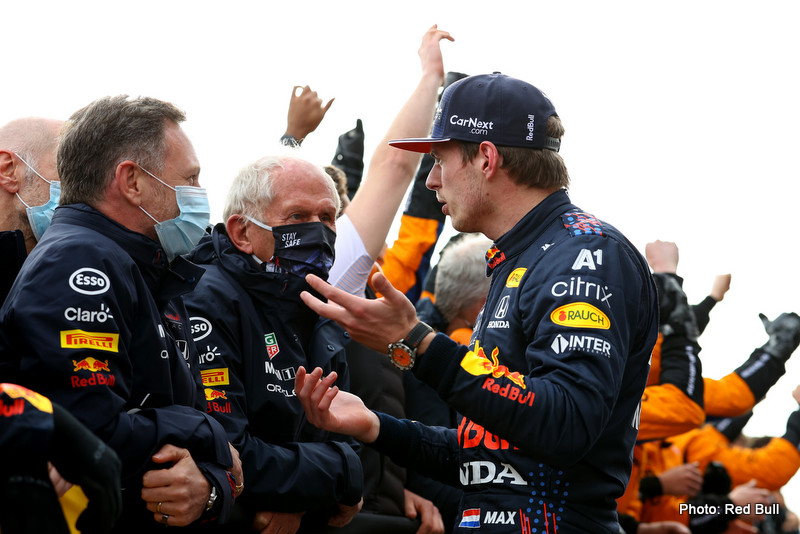 Christian Horner believes that Mercedes had a “quicker car” in terms of race pace than Red Bull during the Emilia Romagna Grand Prix at Imola.

Starting third on the gird, Max Verstappen managed to get ahead of polesitter Lewis Hamilton from the start and was able to handle the conditions better than the seven-time world champion, who went off into the gravel while lapping a Williams, on his way to victory.

Hamilton recovered to finish second and had looked to be closing in on Verstappen on both the intermediate and slick tyres prior to his error.

Verstappen himself was very impressive and barring a half spin prior to the red flag restart, which he recovered, was mistake free on a day where the conditions caught out plenty of his rivals.

Reflecting on the team’s first win of the season, Horner described it as a “deserved victory”.

“It is fantastic for us to get the victory here today, particularly after losing such a close race in Bahrain,” he said. “Max drove impeccably all afternoon with no mistakes and the team made some perfectly timed pit stop calls, making this a thoroughly deserved victory and an important one for us.

“Max was pumped up for the race, with a great start giving him momentum down into Turn 1 where we saw two tough drivers pushing to the limit for track position which is what everyone wants to see. Lewis was still very quick today which could be seen particularly towards the end of the race when they seemed to have very low tyre degradation.

“I think they maybe had a quicker car than us today but it’s great to get that first victory of the season under our belts.”

Discussing the performance of Sergio Perez, who finished 11th after starting on the front row of the grid, Horner said the Mexican racer “will come back strong”.

“It was a real shame for Sergio after such a brilliant day yesterday and nothing went his way which is frustrating for him,” he added.

“But he’s becoming more and more comfortable with the car and you can guarantee that he will come back strong.

“Now we need to build on this momentum for the remainder of the season and we are going to have to go some way to keep Mercedes under pressure.”