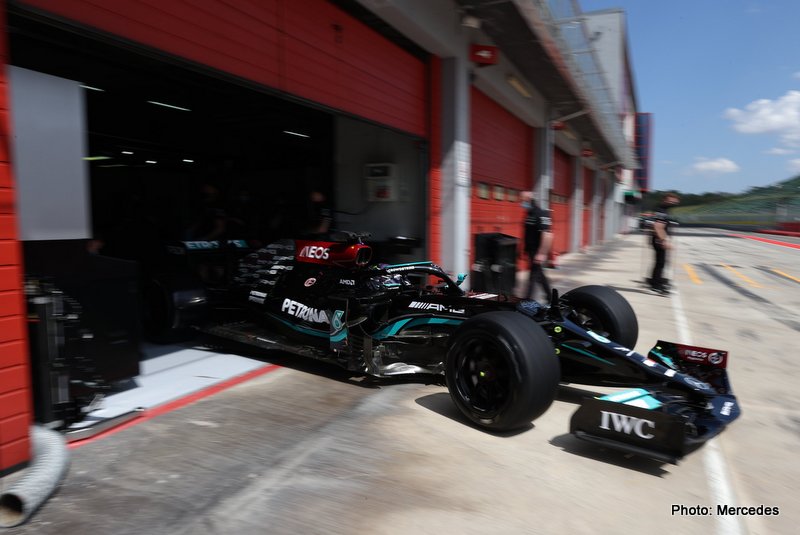 Lewis Hamilton tested the new 18-inch tyres at Imola on Tuesday, with the compounds set to be introduced alongside the revamped Formula 1 sporting regulations in 2022.

Valtteri Bottas is taking part in a similar test today driving the 2019-spec Mercedes W10, with the reigning constructors’ champions the third team to sample the new tyres so far this year.

Hamilton completed 130 of the Imola circuit on Tuesday in the car that took him to sixth world championship crown.

Ferrari and Alpine are the other teams to have tried out the enlarged compounds already, with all but Williams set to test them ahead of next season.

His main external title rival Max Verstappen took victory, while Valtteri Bottas did not finish due to a collision with George Russell.