Ricciardo: My race pace nothing to do cartwheels over 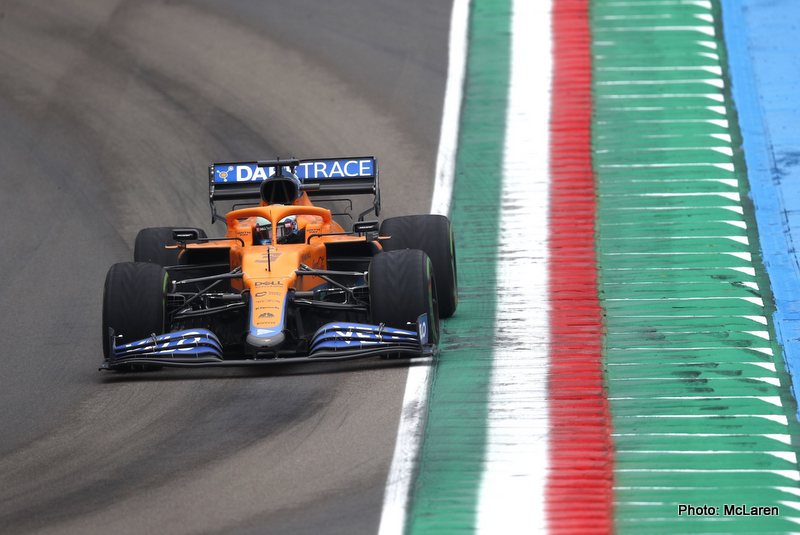 Daniel Ricciardo said that his race pace was “not particularly fast” during the Emilia Romagna Grand Prix at Imola, but is confident it will come with time.

The McLaren driver finished sixth while his new teammate Lando Norris ended up on the podium, with the Australian unable to keep pace with the young Brit during a wet race in Italy.

However, in just two races with the team, Ricciardo has logged solid points so far and believes that by race six or seven he will be starting to approach top form.

“In the end, sixth from a points point of view is alright – but certainly my race pace wasn’t anything to do cartwheels over,” he said, reported by Formula 1. “It was certainly not particularly fast.

“I’ve just got to keep working on it. It’s one of those ones where obviously I’m hard on myself and obviously I’m not skipping around.

“But I think by race six or race seven, I’ll look back at race two and think, ‘What was I worried about?’”

With Ricciardo ahead of Norris in the early running, but the 21-year-old showing better pace, the seven-time race winner was asked to let his teammate through.

Asked about what happened after the race, Ricciardo said that he did not let “pride or ego” get in the way of letting Norris past, adding that the speed shown by his teammate was something he should “take encouragement from”.

“Lando had really strong pace all weekend and obviously put it on the podium today, so I take encouragement from that,” he added.

“I’m certainly not defeated by that, and I’m certainly going to accept where I’m at at the moment and just work on it. I’m not going to let pride or ego get in the way. It is race two of 23, the road is long and I’ll just keep my chin up and work on it.”