Perez: I’m very disappointed in myself 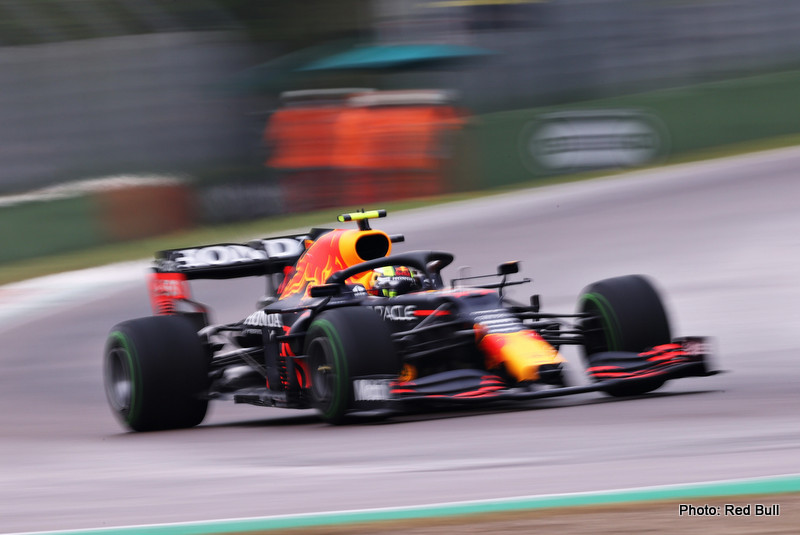 Sergio Perez has admitted that he is “very disappointed” with his performance at the Emilia Romagna Grand Prix that saw him finish outside the points.

His struggles in the race came after an excellent qualifying result for the Red Bull man, who put his RB16B on the front row alongside polesitter Lewis Hamilton and ahead of teammate Max Verstappen, who started third.

However, Perez was jumped by Verstappen at the start and lost further positions after spinning under the first safety car in the wet conditions, which also saw him pick up a 10-second stop/go penalty for overtaking cars in order to regain his position.

The Mexican driver then suffered another spin following the red flag restart and finished 11th while Verstappen claimed victory.

Speaking after the race, Perez said the poor result was contributed to by his inability to “retain any temperature in the tyres” while behind the safety car.

“The conditions out there were really difficult today and I made quite a few mistakes that were very costly,” he said. “I struggled to retain any temperature in the tyres, so I lost it under the safety car and I got a 10 second penalty.

“It is of course important that I get used to the car and that I learn these lessons, but I messed up, I’m very disappointed in myself and really sorry to the team. I think at the re-start the podium was ours and the pace of the car was good today, we should have finished one and two on the podium.

“Let’s focus on the next race now, we will work really hard as a team and come back stronger.”