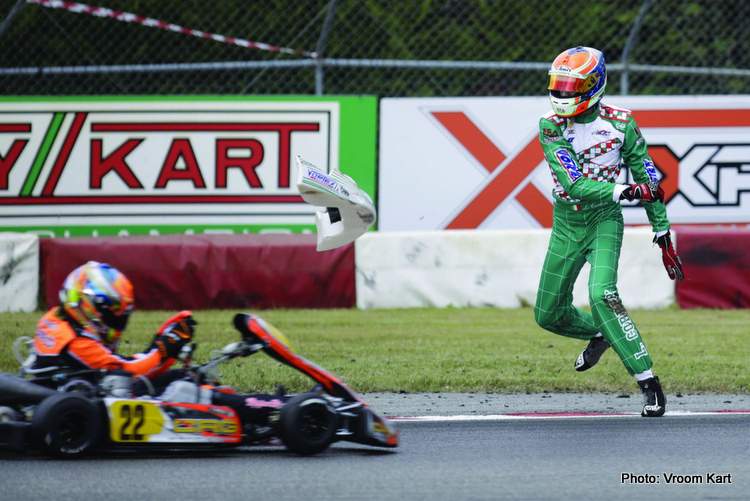 Italian karter Luca Corberi who threw a bumper at a rival during a karting world championship final, repeatedly crossed the track during the race and came to blows afterwards has been banned for 15 years by the sport’s governing body.

Corberi waited by the side of the track after being shunted out of the KZ final in Lonato, northern Italy, last October and hurled his kart’s front fairing at rival Paolo Ippolito as he approached at 100kph.

The FIA’s international tribunal said in a statement that the 23-year-old also physically attacked Ippolito after the race, with the fathers of both karters also joining in the melee.

“The fight reached a point where fathers and sons were hitting each other,” it said.

The incident, widely shared across social media, prompted 2009 Formula One world champion Jenson Button to call for a life ban. Corberi announced afterwards that he was retiring from motorsport.

The FIA tribunal said in its full reasoning that the fairing, weighing at least 1.3kg, could have caused serious neck injuries had it hit Ippolito.

2009 Formula 1 World Champion Jenson Buton and figures within the FIA called for a lifetime ban for the disgraced driver. (Reporting by Alan Baldwin; Photo: Vroom Kart)

Luca Corberi has just destroyed any chance he had at a racing career after his disgusting behaviour today at the FIA Karting World champs. His father owns the circuit and is seen power driving the guy into a wall, Life ban for both of these idiots please https://t.co/uzWD1cDJ9w