Hakkinen: Red Bull have quickest qualifying car, but its close 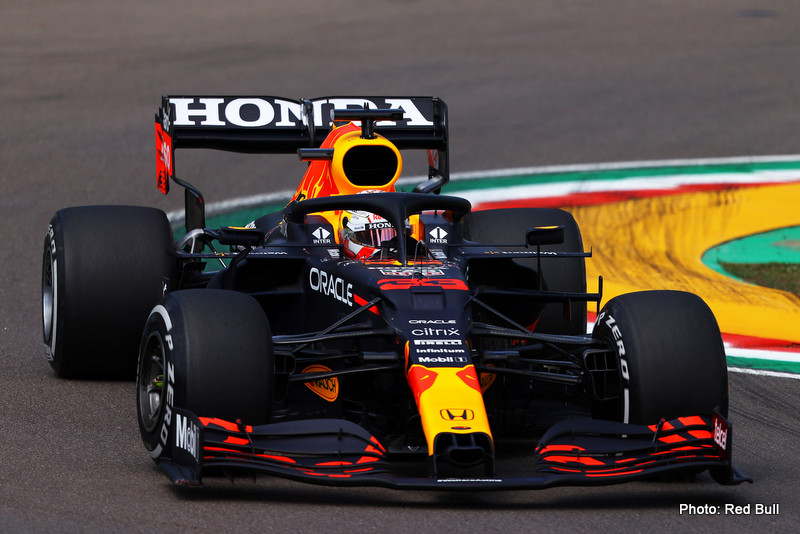 Mika Hakkinen believes that Red Bull have the quickest car in qualifying trim, but added that Mercedes are “right with them” in terms of race pace.

Lewis Hamilton secured pole position ahead of the Emilia Romagna Grand Prix but was beaten off the line by his rival Max Verstappen, who went on to take victory in difficult conditions at Imola.

Meanwhile, Hamilton was able to recover from a trip to the gravel in order to finish second and take the fastest lap, giving him a one-point lead in the championship.

The two drivers are now one win apiece two races into the season and with 21 remaining, the season is promising to be tight at the front.

Looking back on a thrilling weekend, two-time Formula 1 world champion Hakkinen said that the “psychological side of the battle” between Hamilton and Verstappen would play a crucial role going forward.

“My takeaway from the weekend is that while Red Bull has the quickest car in F1, the Mercedes is not far behind in qualifying trim and right with them in the race,” he wrote in his Unibet column. “These teams are really going head-to-head.

“Both the Red Bulls lost some time on their quickest qualifying laps, but they still managed to quality 2nd and 3rd within a tenth of Lewis Hamilton. With perfect laps Sergio Perez or Max Verstappen could have taken pole and locked out the front row, but against Lewis you cannot afford to make a mistake or lose a little time.

“In the race it was no surprise to see Max take the win after making such a perfect start and winning the wheel-to-wheel fight with Lewis at the first corner.

“That was very tight. They could so easily have collided, but they judged it well, despite a small touch. Lewis was fortunate to only suffer minor damage, but these two guys are already fighting really hard – and we are only at race 2! I am not surprised people are comparing this to me and Michael Schumacher. Two closely matched cars, and two drivers who are only interested in winning.

“Max can sound a little anxious on the radio, so the psychological side of the battle between him and Lewis is going to fascinating. No question that they both want to win, but staying calm is going to be really important. Max drove well, and with each victory he will develop the winning rhythm which is so important if you want to win the World Championship.”