Williams: Russell took longer to understand the car at Imola 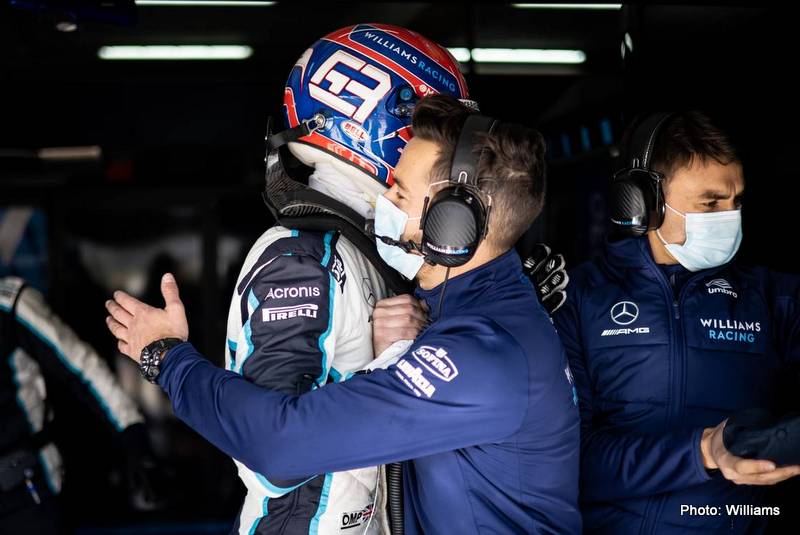 Russell put in an excellent performance during qualifying to secure P12 on the grid, with Latifi two places back in 14th.

The Canadian had looked to have edge during free practice and was quicker in Q1 as both drivers made it through the first part of qualifying.

Russell was able to hit back in Q2 though, outqualifying his teammate by just over three tenths, and Robson believes the team are in a “good position to race hard” on Sunday.

“We’ve had a good day today with the car behaving well and responding to the changes overnight,” he said. “Both drivers did a great job of extracting the lap time under pressure.

“Nicholas had a small snap of oversteer on one of his laps this morning, which caused some minor damage to the car and although we were able to get him back out again during FP3, we needed to complete some more thorough checks between FP3 and qualifying. This took a little longer than anticipated, but some excellent work from the full team of mechanics, as well as the red flag early in Q1 meant that he was able to complete a full run programme.

“The pace of the car was good, and the new parts that we tested yesterday are working well. Based on our experience last October, we thought that this track would be better suited to the car than Bahrain, however, it is nice to have seen this confirmed today. Although we are pleased to have got both cars into Q2, there is a lot of work to do to crystallise today’s performance into a meaningful result tomorrow. The weather for the race looks a little uncertain, but we hope that we can use any doubt over the conditions to our advantage.

“Both drivers have been excellent all weekend, with Nicholas being very strong from the beginning of FP1 and pushing hard on every lap. George took a little longer to understand his car yesterday, but really put in some strong laps today. Both are in a good position to race hard tomorrow.”