Verstappen: I made some mistakes 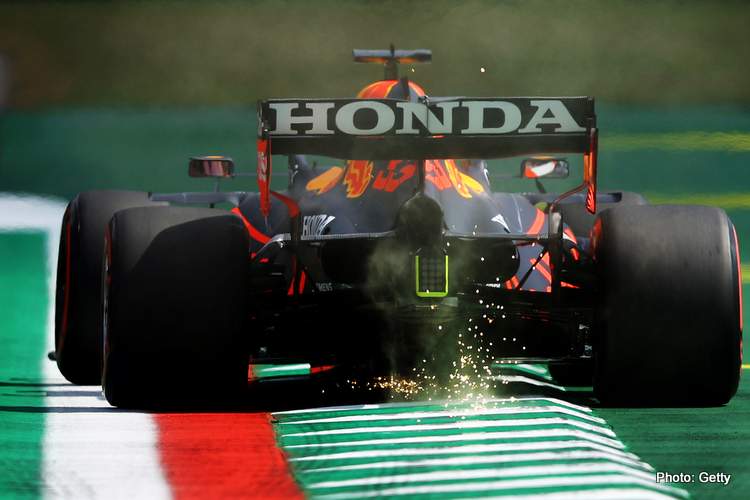 The difference between a very good Formula 1 driver and a great one is that the latter simply make fewer mistakes than mere mortals, while Max Verstappen flirts with greatness he needs to find ways to eradicate the small errors.

By his own admission, Verstappen erred during qualifying for the 2021 Emilia Romagna Grand Prix a mistake that probably made the difference between pole and third place on the grid; the margins were fine on the night as the top three were separated by less than a tenth of a second.

Furthermore, he was also uncharacteristically beaten by a teammate in the form of Red Bull newbie Sergio Perez, this will add salt to the wounds as the Dutchman has beaten the ‘other’ car every time since 2018.

Verstappen summed up his Imola qualifying in the team report: “It was not a clean lap in Q3. I made some mistakes and when you go off on a qualifying lap it is never going to be good.

“The first sector of the first lap wasn’t good in the wake of another car so I knew there was a lot of time there and I pushed a bit more on the second lap but I ran wide on the exit of Turn 3 and cut the grass a bit which wasn’t very lovely for the lap time.

“Sometimes these things happen and you can’t do a perfect or near-perfect lap all the time. There are always things you can do better even when you say it’s a perfect lap but today was far from that. I shocked myself that I had a lap like that as it’s been a long time since I felt this way after qualifying.”

In an intriguing case of role reversal, it is one Mercedes versus two Red Bulls, and not the other way around as it has been for far too long. Perez will be something of a wake-up call for the driver of the #33 car.

Afterwards, Verstappen had some kind words for the veteran in the sister car: “Checo did a great job so congratulations to him. We have a good race car and tomorrow is where you score points.

“There are a lot of factors involved in the race like the weather and the start but for the team, it’s always good to have two cars up there, so I hope me and Checo can make it more difficult for Mercedes to decide on a strategy,” said Verstappen of the luxury his team have not enjoyed since the Daniel Ricciardo days.

🗣 “Checo did a great job so congratulations to him. We have a good race car and tomorrow is where you score points.” @Max33Verstappen on #ImolaGP qualifying 🇮🇹 pic.twitter.com/A1TB9GH7K8