Perez: I should have been on pole 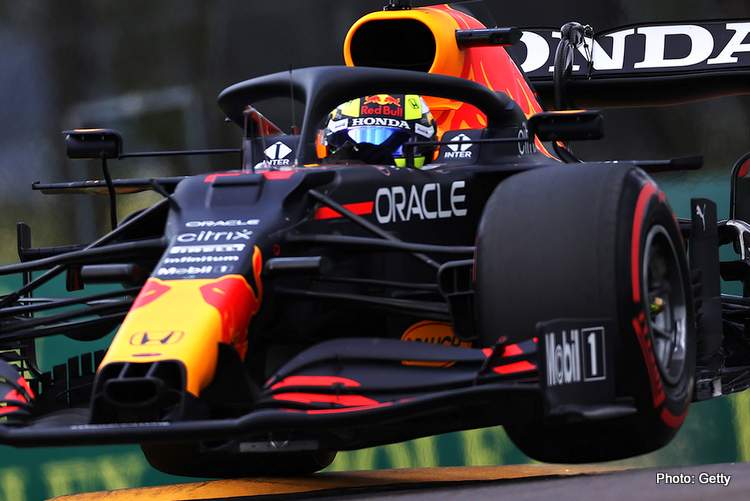 After admitting to a mistake in practice on Friday that kept his Red Bull team busy preparing his car, Sergio Perez repaid them by claiming second spot on the grid for Sunday’s Emilia Romagna Grand Prix.

It was a massive statement from the veteran, brought in as backup for the team’s superstar Max Verstappen. And, indeed, until today the Mexican was no match for the Dutchman but in Qualifying Q3 he turned the tables on the younger driver.

When the chequered waved the timesheets showed Perez was fractionally quicker than Verstappen, thus becoming the first driver to out-qualify the #33 Red Bull for the first time since Daniel Ricciardo was in the team. A long time ago.

Speaking after stunning everyone on the day at Imola, including himself, Perez said: “Yesterday I did a mistake and made [the team] work hard and the most important thing is we showed progress. I’ve been improving, I never expected to be here today.

“P2, but I should’ve been on pole but I made a mistake on the final corner. Everything is positive and we have to make sure we keep progressing and tomorrow is when it matters. We’re on a different [tyre] strategy to Max and it will be interesting to see what we can do. The important thing is we get those points and that learning.”

In the team report Perez added: “What a massive result for us, knowing that I could win the race tomorrow is definitely a good feeling. There are a lot of positives to take out of today, I was so close to pole. I can’t believe this is my first Red Bull start on the grid, as I started from the pit lane in Bahrain and it’s from the front of the grid!

“It just shows the amount of work we have put into this as a team is paying off. It was a great result for us today but we can’t get too carried away, I know that there is a lot of work to be done and it’s important that we keep making good process.”

Perez’s performance was a turnaround for the books, the script was that Max was the one with the speed and Checo the racecraft, but at Imola, it transpired otherwise and throws up an unexpected twist in the contest between the Boys in Blue.

Team principal Christian Horner was pleased with the outcome: “It was a great team performance with our best qualifying result in Italy since 2013.

“Sergio did a fantastic job in just his second qualifying session for us and it was a shame for Max who made an uncharacteristic mistake at Turn 3 on his final run in Q3. It’s incredibly satisfying to see both drivers up there and in with a shot at pole, especially in a nail-biting session where the top three were separated by less than a tenth.

“We’re in a good position and with both drivers on alternative strategies, we’ve got a few options which we’ll work on this evening to bring home the best possible result tomorrow. It should make for an exciting Grand Prix,” added the Red Bull boss.