Bottas: We still don’t think we are the fastest car 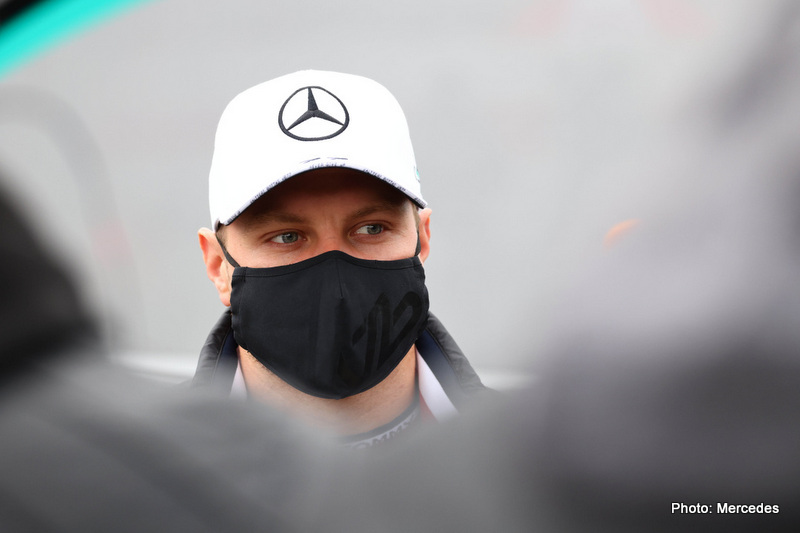 Valtteri Bottas has said that Mercedes still do not think they have the fastest car heading into the Emilia Romagna Grand Prix at Imola, despite the Finn leading a one-two for the team in both practice sessions on Friday.

The Dutchman was close behind the two Mercedes cars in FP1, while the reigning champions believe that Red Bull had the edge on pace at last month’s Bahrain Grand Prix.

Although they might not be fully satisfied with their relative performance level, Mercedes certainly seem more happy with their car than they have for much of the season so far and Bottas said that he was “much happier with the balance of the car” following the end of Friday running.

“The car is feeling much better than on the first day in Bahrain,” he said. “As I said yesterday, it is a different track and type of circuit with different grip levels and surface.

“The weekend has started in a positive way, I’m much happier with the balance of the car.

“The car feels better, we still have the same type of issues as in Bahrain but less so. Still not perfect but we are only on event two out of 23 this season so hopefully we have time to fix it. I feel like we’ve made steps forward so that’s really good. The whole grid from midfield to the front looks very close.”

While Verstappen suffered a drive shaft failure in FP2, Sergio Perez was cut adrift from the Mercedes cars in both sessions, and Bottas echoed the thoughts of Hamilton by claiming that Red Bull had more to come.

“We didn’t see the best from Red Bull today but we’ll see that in Q3 tomorrow,” he added.

“No doubt they are going to be fast. We still don’t think we are the fastest car and we really need to improve on that on Saturday.”