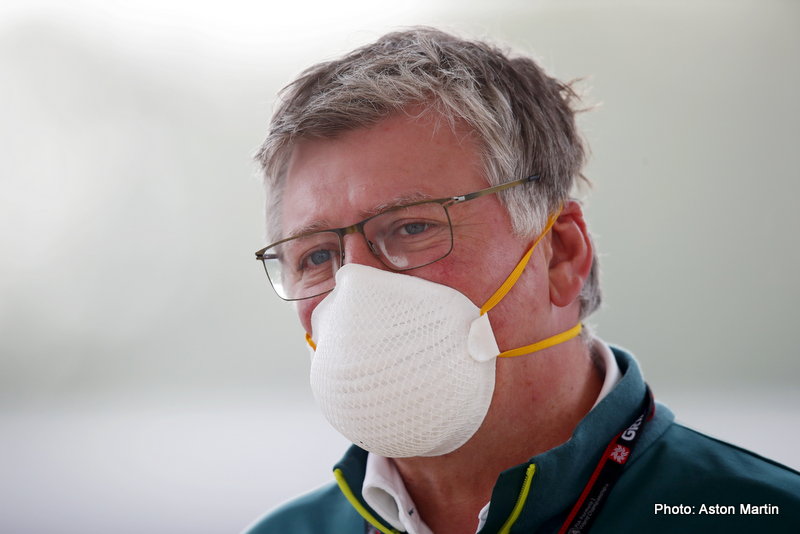 Aston Martin team principal Otmar Szafnauer wants to speak with the FIA about the off-season aerodynamic regulation changes, which he feels have “hampered” his team’s chances.

The FIA and Formula 1 brought in changes to the regulations ahead of the 2021 season relating to the floor and rear end of the car in a bid to reduce downforce levels.

Speaking in Bahrain, Szafnauer said: “I’m not a conspiracy theorist but it was pointed out last year by the low rake runners that this would have a bigger effect than the high rake runners and we were correct.”

Aston Martin again struggled to make a huge impact on the top 10 during Friday running ahead of the Emilia Romagna Grand Prix at Imola and when questioned about the ongoing impact of the aerodynamic changes, Szafnauer said that the team wanted to have a discussion with the FIA in order to find a more “equitable” solution.

“I think the right thing to do is have the discussion with the FIA and find out exactly what happened and why and then see if there’s something that can be done to make it more equitable,” he told Sky Sports F1. “We as a team have to work hard to try to claw back everything we can but at the same time we should be having the discussions with the FIA to see if there’s anything that can be done to make it a bit more equitable.

Asked whether the team would consider legal action, Szafnauer added: “I think we get to that point after the discussion. It’s hard to predict.”