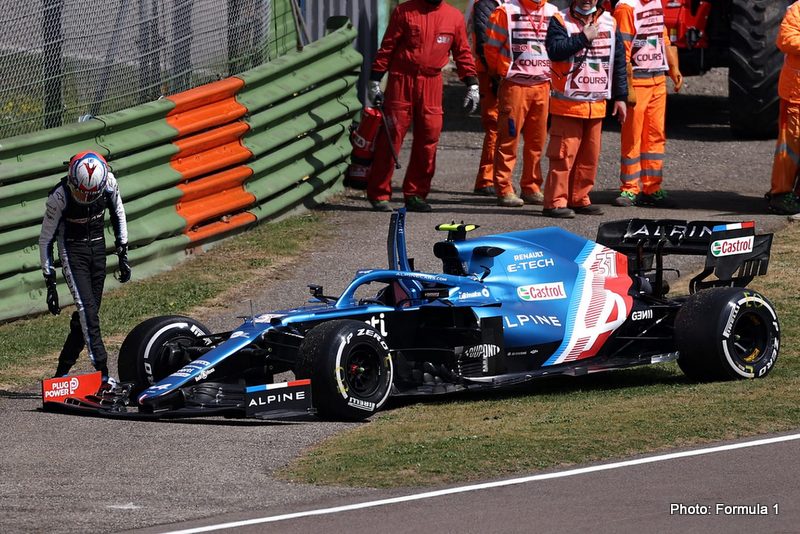 Sergio Perez and Esteban Ocon will not face action from the stewards following their collision during FP1 ahead of the Emilia Romagna Grand Prix at Imola.

The two drivers stopped out on track after making contact, with a red flag being brought out to halt the session as a result.

Following the conclusion of FP1 the drivers met with race stewards, after which it was announced that no further action would be taken.

In a statement issued following the hearing, it was explained that communication issues between the teams and drivers played a part in the incident.

“Ocon slowed before Turn 5 in order to let Perez by, as well as moving entirely to the inside of the turn,” the stewards ruling read. “Perez was on a fast lap.

“The two cars reached the apex at the same time, and just barely touched wheels.