Leclerc: SF21 a significant step forward in every respect 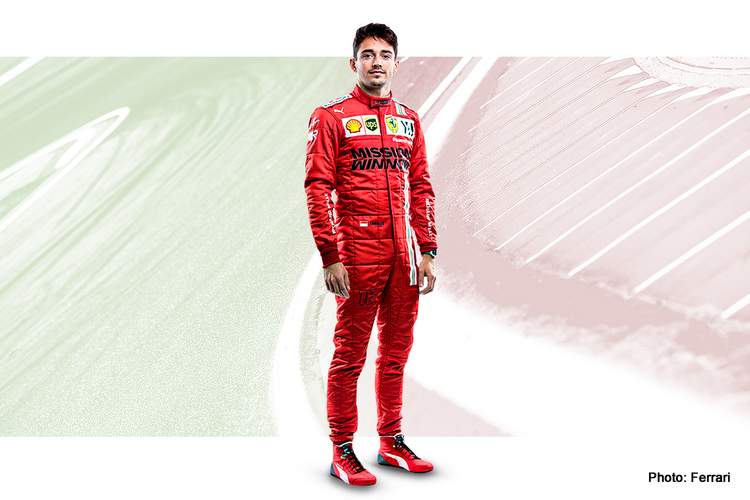 Of late, good fortune has abandoned Ferrari as they tussle among the best of the rest, behind Mercedes and Red Bull, but their star driver Charles Leclerc is adamant that the car he and new teammate Carlos Sainz have at their disposal is far better than the hapless SF1000 of last year.

On the eve of the Scuderia’s most important race (along with Monza) Leclerc told reporters: “I can’t wait to get out on track here in Imola.

“This is a second home race for us after Monza, with Maranello being only 90 kilometres from here, which is why the atmosphere is special. I said it already at the test and I can confirm that the SF21 is a significant step forward in every respect, from the engine to the balance and the aerodynamic grip.”

Autodromo Internazionale Enzo e Dino Ferrari in Imola is a stone’s throw from Maranello where the sport’s most famous team build their Formula 1 cars.

Leclerc’s words will be judged this weekend in the stark spotlight of a Grand Prix in Italy where Ferrari have nowhere to hide. Last year in November, they were pulverised at the venue where Mercedes dominated, the Monegasque qualifying seventh and departed Sebastian Vettel down in 14th.

Charles soldiered on to finish sixth in the race with Vettel laboured to 12th.

At the end of last season, the German was made redundant and shown the door, as Carlos Sainz stepped in to replace him. Needless to say, the eager Spaniard is relishing the prospect of racing in Italy for the legendary team.

“The first Grand Prix in Italy wearing the red race suit is very exciting,” he told media at Imola on Thursday. “Even if unfortunately, the pandemic means there are no Tifosi in the grandstands.

“I’ll miss that, especially here in Imola where they are always so enthusiastic and so there won’t be the additional emotions that they can make you feel as a Ferrari driver. Even so, I saw driving into the circuit that the atmosphere around this place is special.”

Sainz scored points in his debut for the team, albeit eighth place and will be looking to raise the ante this weekend: “It helped that, after the Bahrain Grand Prix, we stayed on in Sakhir for a day’s testing with Pirelli, which meant I was able to carry on learning about the SF21 and its procedures.

“I have to say that, overall, I’m happy given that working with the engineers, I’m learning faster than I’d expected. Here at Imola, it will be important not to make any mistakes on my quick lap in Q3 and to try and get a better start. Then we’ll see how things work out,” added Carlos.