Leclerc: Ferrari have right mentality to balance 2021 and 2022 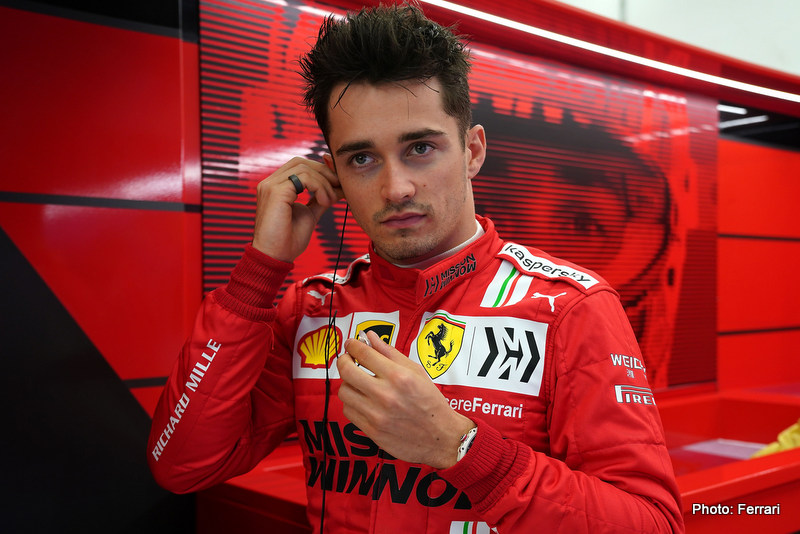 Charles Leclerc has said that the “mentality is right” at Ferrari to balance the 2021 Formula 1 season with the development of their car for the sporting regulations which come into force next year.

The Scuderia made an encouraging start to the new season in Bahrain last month, with Leclerc finishing sixth ahead of teammate Carlos Sainz in eighth.

Ferrari endured a difficult 2020 season and want to climb the standings during the 2021 campaign, but their young Monegasque driver acknowledged the importance of nailing the new regulations for their future prospects.

Speaking at Thursday’s FIA press conference ahead of the Emilia Romagna Grand Prix at Imola, Leclerc said that the “new cars will last for a lot longer” and as a result, Ferrari would not get “carried away” with the 2021 season and compromise their progress.

“I think the mentality is right,” said Leclerc. “On this I have no doubts and I think we are working well.

“At the start of 2020 was difficult to just realise the reality of things and to understand that we were really a step down compared to 2019.

“But we went through this process in a good way. And then we started to work to reconstruct a little bit of the whole project and, and the mentality is right.

“Everyone is well aware that there’s much more to gain to prepare 2022 in the right way, because these new cars will last for a lot longer, for many years after 2022.”

As far as the team’s ambitions for the current season go, Leclerc highlighted third place in the constructors’ championship as a viable target.

“I think a realistic goal for this year would be to be behind just behind Red Bull and Mercedes,” he said.

“Realistically, I think it’s going to be very difficult to fight with them – we are too far behind for now.

“But we are in the fight with four, five other teams for the third place in the constructors. So it’s going to be a tight fight. But if we do everything perfect, I think it’s reachable.”