Raikkonen: We can fight for points, but it won’t be easy 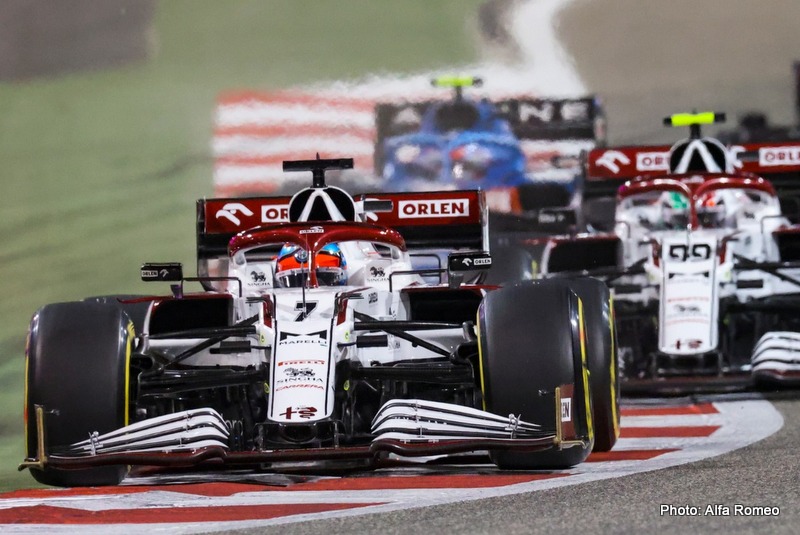 Kimi Raikkonen expects Alfa Romeo to be in with a shot of scoring points during the Emilia Romagna Grand Prix at Imola this weekend.

The 2007 Formula 1 world champion finished just outside the top 10 at the season opener in Bahrain and is likely to face plenty of competition once again within a tight midfield pack.

Alfa Romeo technical director Jan Monchaux confirmed ahead of Imola that Alfa Romeo would be bringing updates to the race, before turning their attention to 2022, which could give the Hinwil-based team the chance to leapfrog a couple of their rivals in the short-term.

With Antonio Giovinazzi finishing just behind Raikkonen in 12th in Bahrain, Alfa seem to have separated themselves somewhat from Williams and Haas, who they were often stuck racing at the back of the grid last season.

Looking ahead, Raikkonen was cautiously optimistic, but explained that the team were “under no illusions” that a top 10 finish would be easy.

“We are confident we can be in the middle of the fight for points in Imola as well, but we are under no illusions it is going to be easy,” he said.

“We saw in Bahrain that even a good weekend doesn’t mean a top ten finish, so we know we have to keep pushing to improve everything we do from Thursday to Sunday: the difference between finishing just behind the top teams and outside of the top ten will be very small.

“Hopefully we can do our homework, have a good weekend and we get to be in that first group: we know what is in our control and what isn’t, so we just have to make sure we perform as we know we can.”