Gasly: I’m keen to make up for Bahrain disappointment 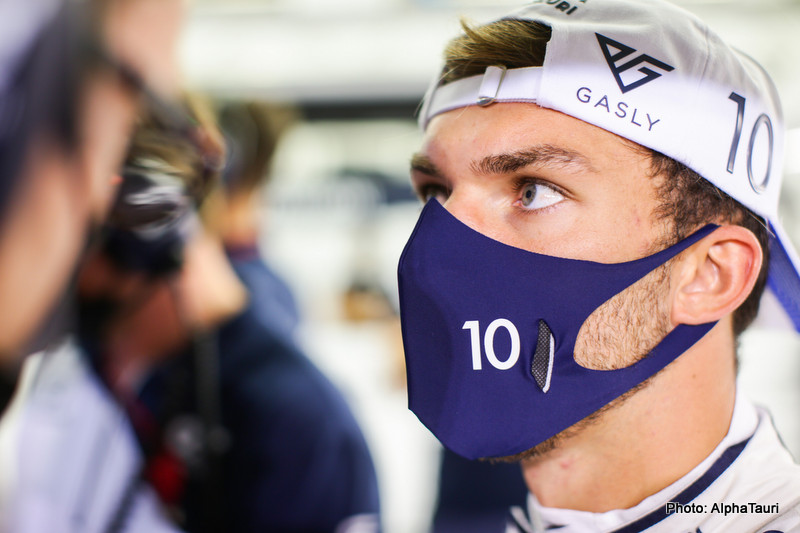 Pierre Gasly is keen to make up for the disappointment of finishing outside the points at the Bahrain Grand Prix with a strong performance at Imola this weekend.

Gasly put his AlphaTauri fifth on the grid in Bahrain ahead of both McLaren cars and the Ferrari of Carlos Sainz.

Having looked among the strongest of the midfield throughout the weekend, a collision with Daniel Ricciardo on lap four put an early end to any hopes of a solid points haul.

The remainder of his Sunday was effectively an additional practice session for the team and driver to try and get a better understanding of the AT02.

“Apart from the collision with Daniel, the Bahrain weekend went well, with a lot of positives to take from it,” Gasly said.

“In all the free practice sessions we were front runners and a top five in Qualifying was one of our best ever results. Overall, in terms of performance and speed, it is very encouraging for the rest of the season, starting with Imola this weekend.”

“From what we saw in Bahrain, it seems we have a package that will allow us to fight for the big points and there is no reason for that not to be the case for the coming races.”

It is clear that after running in Bahrain, the whole team are anticipating a successful season for the Faenza based outfit, which Gasly explained can be seen in their strategic decisions in Q2.

“One example of the team’s confidence was the decision to tackle Q2 at Sakhir on the Medium tyre as apart from us, there was only the two Mercedes and Max Verstappen who did it. It was a risk, but it proves our belief in our car and our performance level. Now I hope we will be able to do that again at other circuits.”

There is no reason that AlphaTauri’s success at Bahrain cannot be bettered at Imola.

The track is one the team is very familiar with, having carried out a number of tests and filming sessions at their local track in the past 12 months.

Although Gasly’s 2020 Emilia Romagna Grand Prix lasted only nine laps due to a terminal coolant leak, Daniil Kvyat was just 0.8 seconds shy of a podium finish behind Ricciardo.

Imola is also a track that Gasly himself is fond of. He added: “I love it It is technical with a lot of fast corners which allows you to get into a rhythm and you are always busy as it is quite twisty. Last year at this track I got my best ever Qualifying with the team, on the second row. Unfortunately, that race ended early with a problem while I was lying fifth, but it was a very good weekend up until then, so now I’m keen to get back there and make up for last year’s disappointment.

“The team has worked hard since the first race, as there are still areas where we can improve, even if we are clearly on the pace at the moment. But this early in the season, we can expect everyone to make progress as they get to understand their cars better and how to optimise them. So, we have to work hard to keep moving forward. Honestly, I can’t wait to go racing again as this three-week break has seemed quite long. From now on, the races come one after the other and I’m keen to see what results we can get.”