Why Sainz is not at Ferrari to be Leclerc’s wingman 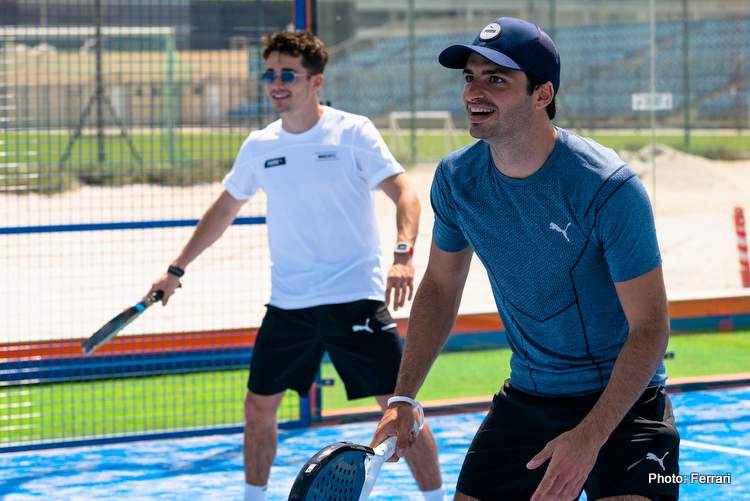 Any plan by Ferrari to have Carlos Sainz serve as wingman to Charles Leclerc is sure to be scrapped because neither the Spaniard nor his legendary father will allow that to happen – a fact that became even more apparent after the 2020 Formula 1 season-opening Bahrain Grand Prix.

Throughout their illustrious history, Ferrari have seldom sat comfortably with two number one drivers. Their greatest era came when Michael Schumacher was their prime driver and the likes of Eddie Irvine and Rubens Barrichello were in support.

The same applied to Felipe Massa who played second fiddle to Kimi Raikkonen at first and then to Fernando Alonso. But Sainz is not at Maranello to fulfil a similar role, and in the first few months in Red he has made that amply clear.

He began his tenure by energising the team to the point of impressing 23-year-old Leclerc: “In recent years he has been in several teams, and I think it is always interesting to get an idea of ​​how the opponents work.

“I’ve immediately noticed his great motivation too. He is in his first year in Ferrari and you can see that he immediately wants to do very well.”

Word is Sainz’s regular presence at the factory has spurred Leclerc to ramp up his own time at Maranello, he explained: “The time I spend with the team is always the same, although perhaps from the outside it appeared that I am spending more time in Maranello because I have posted more photos on social media.

“What has changed is the time I spent with my teammate because in the past Seb and I often crossed paths. I would arrive as he left, or vice versa. Now, with Carlos, we are often in on the same days and consequently, we spend more time together,” added Leclerc.

With his charm-offensive now in full swing at Ferrari, a good question remains: how good an F1 driver Sainz really is?

The hard facts are:

Thus the jury is out on his true racing abilities, and Leclerc will be a telling measure as the season pans out. Whatever the case Ferrari have signed Sainz until the end of next year; his teammate’s contract runs until the end of 2024.

F1 World Champion turned Sky Italia pundit Jacques Villeneuve was asked by Gazzetta Motori about the situation at Ferrari, particularly the new pairing, he replied: “With these rules, it will be even more difficult for them to improve. But I’m curious to see Sainz who has become very mature and is fast.”

Villeneuve believes Sainz can trouble Leclerc: “Because he has more experience.” And pointed to Sainz senior as a key factor, “He has the experience and education of his father who is a skilled politician, that will be useful with what goes on in there.

“In recent years we have seen Leclerc beat Vettel but Seb was not in the right frame of mind. Now for Charles, it’s time to wake up he has to take a step to show if he can fight with the champions or if he’s just a fast driver.”

The same can be said for Sainz. Both have substantial challenges ahead of them this season. So far so good, but it is early days for the pairing, the honeymoon very much in full swing. But the proverbial shit-colliding-with-fan could happen, especially when the pair are tussling for wins; that will then be a major reality check.

For now, homegrown Leclerc remains the Little Prince and pretender to the Numero Uno throne at the all adoring Scuderia but now with a Charming Knight cantering into the Maranello stable with a formidable entourage trotting behind, none-less than his legend father Carlos Sainz, of the senior variety.

Make no mistake father had a big hand in getting his son to Maranello. Helmut Marko calling it “the father’s goal in life” to turn his son into a Ferrari driver. And that’s where Leclerc is on his own, tragically no father in his corner calling (or helping call) the shots.

There is no room for sentiment in F1, and while Leclerc may have the spotlight of adoration around him, Sainz junior is stealing some of it already but, in the end, who beats who out on track is what will matter irrespective of the charm or politics.

After Sainz’s debut for the team, Ferrari boss Mattia Binotto said of Sainz: “We knew that he was a strong driver, he would be fast, fast as well on the long stints. Bringing some experience because now, even if he’s very young, he’s an experienced driver in F1.

Do you know what’s going on here? If you saw this on our @Instagram Stories during the #BahrainGP, you may have been wondering just that 🧐@CarlosSainz55 working with his engineers to ensure that his mirrors were in the right place for race day 🏎#essereFerrari 🔴 pic.twitter.com/etIhRieIFO