Steiner: The whole Bahrain weekend was a learning phase 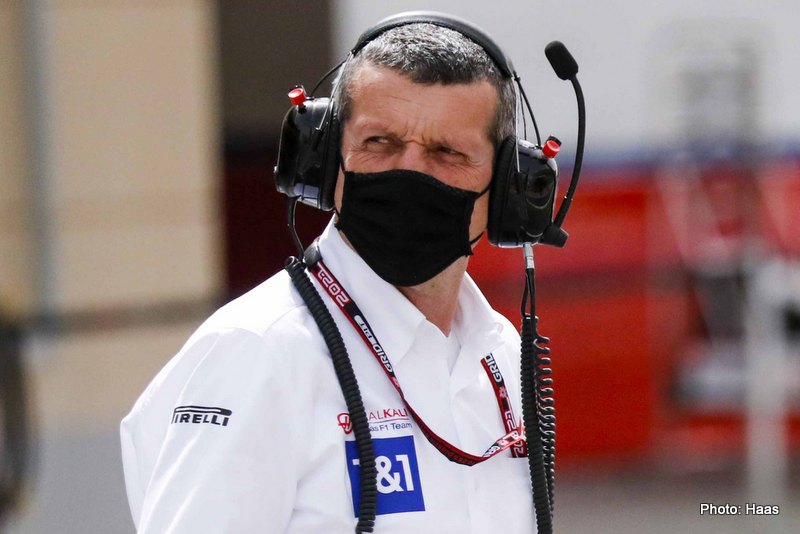 Guenther Steiner described the Bahrain Grand Prix weekend as a “learning phase” for Haas rookie drivers Mick Schumacher and Nikita Mazepin while looking ahead to Imola this weekend.

As expected, the season opener was difficult for the team, with neither driver able to make it out of Q1.

Mazepin then crashed out on the first lap of the race following a spin on the exit of Turn 2, while Schumacher had to endure a spin of his own. However, the German was able to keep his car out of the wall and went on to finish his maiden Grand Prix in 16th.

Haas have been open in admitting that their primary development focus during this year will be on the 2022 car, while also helping the two rookies to acclimatise to Formula 1.

Ahead of race two of the 2021 season, the Emilia Romagna Grand Prix, team principal Steiner spoke about his takeaways from Bahrain and hopes for Imola.

One race down – 22 to go. What was your take on the team’s performance at the season-opening Bahrain Grand Prix and specifically how Nikita and Mick worked through their race weekend debut?

Steiner: “Well, the performance of the team and the car – we know what that will be. So, the expectations were not high, at least results-wise. I think the two drivers did a good job over the course of the weekend. Obviously, in the race Nikita spun out and damaged the car, and Mick spun once too – but the whole weekend for them was a learning phase. We need to do more of it, and as many laps as possible, with all that we’ll be fine. It was one weekend from 23. We need to get better and better, work on getting more laps in, and keep learning – that’s the mission.”

Do you think people underestimate how big a challenge it is for a team to start afresh with a brand-new driver line-up? What are the specifics of your role in ensuring the drivers feel comfortable within the team? How hands on are you in that management process?

Steiner: “It is quite a big challenge. Formula 1 is a very difficult sport, but we knew the challenge, therefore there’s no big surprise. We decided to do this, and we need to get through it. I just try to see it that the drivers feel comfortable – I don’t try to micromanage them. They have their engineers and they need to work with them on a day-to-day basis, or more accurately on an hour-to-hour basis, not with me. For sure though, in the beginning, I will be well-informed what is happening and try to see where I may need to intervene. I’m not doing the job myself; I’ve got good people working for the team which know how to do the job better than me. I just observe what is happening. If there’s a problem I’m there to ask what it is and then I see if I need to do something.”

Reflecting on what you witnessed on-track in Bahrain through testing and subsequently into the race weekend – is there anything that stands out for you in terms of the competition or has the grid taken shape as you expected it to?

Steiner: “A very short answer. The grid looked exactly as I expected it to after testing. I think we’ll see a fight between Red Bull and Mercedes for wins this season.”

Looking ahead to Imola – on the last visit the team had no historical point of reference at the circuit given Formula 1 hadn’t raced there previously in the brief history of Uralkali Haas F1 Team. A little over five months later and we’re returning to the circuit. Is having that recent track knowledge more useful as a benchmark to evaluate the drivers on their learning curve or from an engineering perspective in terms of car set-up – or is it both?

Steiner: “It’s mainly useful in the car set-up. Even if the cars haven’t changed a lot, they have still changed with the aero regulations, so there is a difference. It’s always good to have been at a race track. Everything you know, and what you’ve learned, it’s all useful. The more you’ve been the better it is. For sure it will help the team and our rookie drivers.”