Schumacher: Tyres were probably the biggest new thing to me 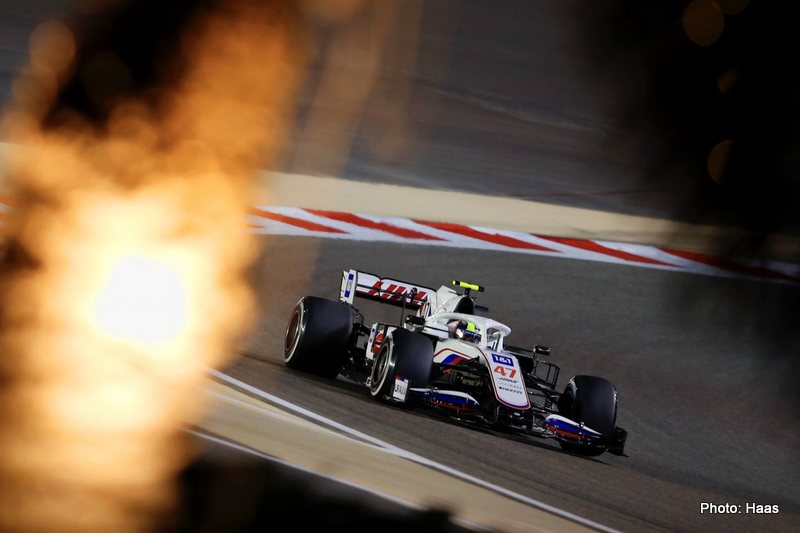 Mick Schumacher feels like he “learned a ton of new things” during his maiden outing in Formula 1 at the Bahrain Grand Prix last month.

The Haas rookie finished the race in 16th following an early spin, having managed to outqualify his teammate Nikita Mazepin by a healthy margin of 0.824 seconds.

While Haas are not expected to be overly competitive this season, the experience of racing in F1 will hopefully prove valuable for the 2020 F2 champion.

Reflecting on his debut ahead of the Emilia Romagna Grand Prix at Imola this weekend, Schumacher said that the Pirelli tyres used in F1 were one of the biggest factors that he needed to adjust to, while admitting that the way the car handled in the early part of the race came as a surprise.

“I think in general I’ve learned a ton of new things, and we’ve seen that come through in all the meetings we’ve had,” he said. “It’s always different talking about it and feeling it.

“There are a lot of things I learned about the tires, that’s probably the biggest new thing to me. Also, on things like how much downforce we lose at the start of the race. It’s like going from 100 percent downforce to 20 percent downforce the moment you’re turning into a corner.

“There was definitely lots learned and lots to look at before heading to Imola. I feel I have a lot more knowledge, a lot more comfort, but I was also really surprised at how quickly the weekend was over. It all happened in the blink of an eye – it was a case of little time and lots to learn, let’s put it like that.”