Brivio: When top drivers join a team it creates pressure 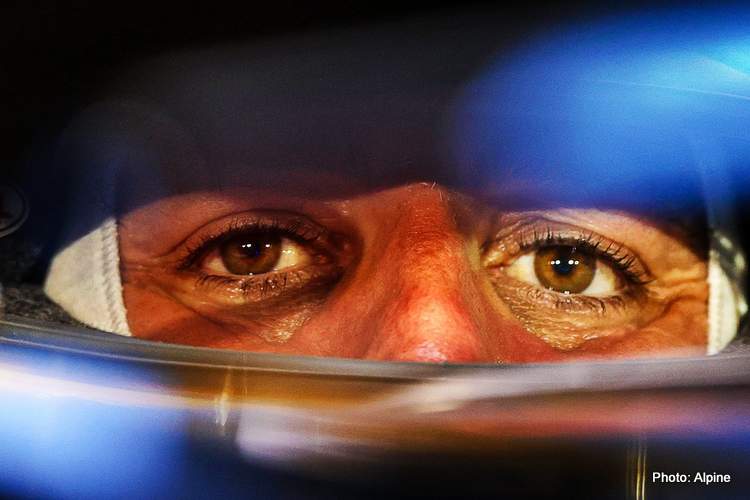 Formula 1 newcomer Davide Brivio landed himself in the deep end at Alpine where Fernando Alonso happens to be making a comeback, heaping pressure on the French team.

In the wake of Cyril Abiteboul’s unexpected departure, Brivio’s appointment to be part of a multi-pronged leadership structure at the French team came out of the blue, but he is learning very quickly, and already understands what to expect working with Alonso.

Alpine’s racing director told the official F1 website: “Fernando has a lot of experience, he’s not a young kid. He already has his own experience, ideas and thinking. He’s very talented, very demanding on himself first of all, and I think it will be good for the team to work with a successful driver.

“When top drivers join a team it creates pressure on the staff. You have pressure because you have to deliver, you have to provide a good package in order for a driver to use his talent. His arrival is very good for the team, it stimulates everyone to push harder.”

As for Alonso specifically, Brivio said: “He is really pushing and I think it’s very positive for the team to have this type of driver that tends to stimulate everybody, push everybody to give the maximum. Of course, it’s our responsibility and our job to give [him] a good package.

The ‘honeymoon’ period between newlywed drivers and teams tend to last a few months before reality bites. Alonso famously lost his cool during the 2015 season when Honda returned to power McLaren who had also secured the services of the Spaniard for a new ‘glorious’ era that never happened.

During that year’s Japanese Grand Prix at Suzuka – Race 14 of the season at Honda’s hallowed home track – Alonso went live on the radio declaring the Honda PU to be “embarrassing, like a GP2 engine.”

Granted, from the word go Honda were ill-equipped to enter the top flight and as a result McLaren suffered as did their illustrious drivers, Alonso and teammate Jenson Button.

It was a tumultuous time for everyone at Woking and marked the beginning of the end of the Ron Dennis era. A year after that torrid season he was out the door for a myriad of reasons.

Alonso hung in there for three more years before calling it quits at the end of the 2018 season to close his first chapter at the highest level.

However, many felt there was unfinished business in F1, he most of all, and after a spell excelling in other motorsport disciplines he inked a deal to return with the outfit that helped him to his two F1 titles in 2005 and 2006.

Reflecting on the Bahrain Grand Prix, Alonso’s 312th start in the top flight, it is fair to say that Alpine have to raise their game considerably. On the night, Alonso was feisty, although “not 100%”  by his own admission, but relishing every battle on the night of his return to F1.

His gutsy efforts came to nought as the Alpine had cried enough; stats show a DNF stands next to Alonso’s name on the race result sheets of his comeback race and will be hoping that is not a bad omen for the future.

Alpine have work to do as they appear to have drifted to the wrong end of a very intense midfield, or call it Best of the Rest behind Mercedes and Red Bull. In that packed fight for the crumbs, McLaren and Ferrari look next best; indeed cars from those four teams packed the first eight places at the end of the race.

Ahead of Alpine were Alpha Tauri, Aston Martin and Alfa Romeo with Alonso making the difference on a weekend in which he comprehensively outshone his teammate Esteban Ocon.

Last year Renault enjoyed their best season as a constructor since their return as an F1 constructor in 2016, with three podiums, thus an internal revolution was unexpected as they were upwardly mobile all of last season.

Brivio explained: “The target is to keep the momentum going. There have been some good results, now we need to continue that. In this environment, the competition is quite high. You have some teams who are good and then have a period of difficulty. Then teams in difficultly and now they improve.

“We are quite happy with the job we have done this winter. In Enstone and Viry, they have done a good job. Our development will continue, to see how to further improve and further develop the car in areas where it is possible. We want to stay in the fight. We have to come to the races with the will to fight. We’ll see what is possible.”

With all due respect to Brivio, how happy ‘we’ depend on who the ‘we’ are because, at the end of the day, history shows that keeping the double F1 World Champion happy – first and foremost – is the difference between winning world titles or toiling in no man’s land where verbal landmines await triggering.

The formula for Alpine is simple, age-old and tested: the more horsepower you give an F1 driver the happier he is. Alonso included. Over to Mr Brivio and the team.