Alonso: I have some good memories of Imola 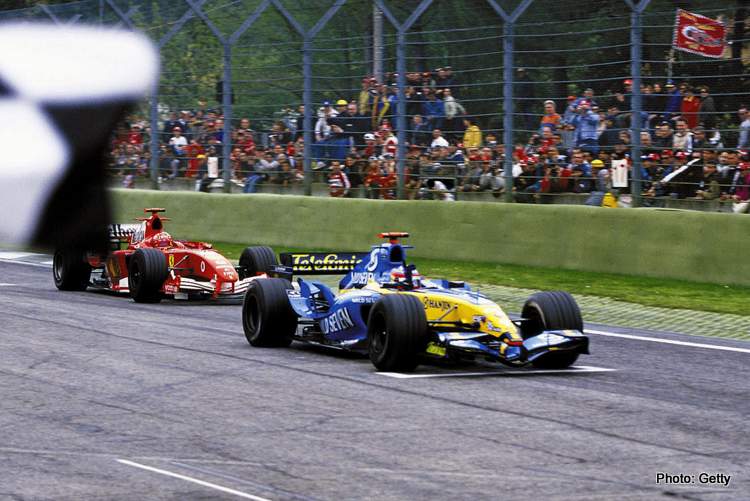 Alpine F1 driver Fernando Alonso is “glad” to see Imola return to the Formula 1 calendar last season, a track where he won back in 2005.

F1 returns to Autodromo Internazionale Enzo e Dino Ferrari, at Imola, for the second time in two years this weekend for the Emilia Romagna Grand Prix, with Alonso searching for his first points of the 2021 season.

Alonso impressed on his return to the sport in Bahrain last month, qualifying ninth and running in the top 10 before he was forced to retire.

Last season, Renault scored a podium at the circuit with Daniel Ricciardo. Alonso will be hoping for something similar at a venue he has won at but dropped off the F1 schedule in 2006 before COVID-19 ushered its return last year.

The 39-year-old from Oviedo said: “I like Imola and I was glad to see it return to Formula 1 last year. It threw up an exciting race in 2020 and I think some of the changes to the circuit since I raced here over ten years ago has improved the racing.”

Driving for Renault at the time, Alonso won the 2005 San Marino Grand Prix, after an epic late-race battle with Ferrari’s Michael Schumacher, which the Spaniard won by a couple of tenths and went on to win his first title that year.

Fast forward a decade and a half, Alonso returns to the happy hunting ground in Italy and relishes the return: “It’s also different to be in Europe so early in the season, we usually arrive a little later in the year when the continent is going through its summertime.

“I have some good memories here particularly in 2005 when we won the race and later took the championship that year,” added the double F1 World Champion.

Alpine had a forgettable opening weekend in Bahrain last month and have some serious catching up to do if Alonso is even to score points let alone emulate his heroics of 2005.

In the team’s preview ahead of the race at Imola this weekend, executive director Marcin Budkowski acknowledged: “We left Bahrain feeling disappointed by not scoring points.

“The Bahrain race weekend confirmed some of the weaknesses of our package, which we’re working hard to improve and gain the few tenths of a second that we are currently missing to fight at the front of the midfield.

“We have an aerodynamic upgrade package coming to the car for this Grand Prix. In addition, we have some test items to assess during Friday practice, which will help define further upgrades planned over the next few races,” added Budkowski with news that is sure to please their star driver.