Verstappen: Hamilton is one of the best ever in F1 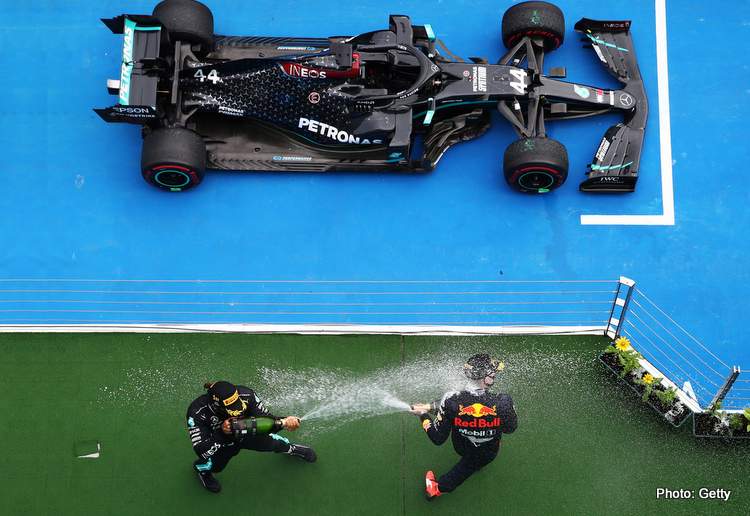 Max Verstappen considers Lewis Hamilton one of the best drivers in the history of Formula 1, but the Red Bull driver will not be changing his driving style to counter the reigning World Champion.

While Mercedes dominated most of the past decade, it is Hamilton who has spearheaded their effort adding another six F1 world titles to the first one he won at McLaren in 2008.

This year, after the season opener in Bahrain, it appears Hamilton may have found his match in Verstappen, both with strong cars, and are likely to be the main show for F1 fans – the one we have been waiting for.

At Sakhir, the first episode, of what promises to be an intriguing year-long battle, unfolded in which Max had the better car but Lewis the better strategy. The score an unlikely 0-1 to the Old Guard.

Asked by Autosport if Hamilton was the best F1 driver ever, Verstappen replied: “The way he has dealt with all the years, to always come back and be honoured and win that amount of races and championships. You definitely cannot discount Lewis.

“There are still a lot of other people in Formula 1 who are very good, very strong, and would have been very good in that car as well. But still, of course, the way Lewis has won and also sometimes in tricky races – like last year in Turkey, to win that race, I think he did very well.”

“Yeah, definitely he is one of the best ever in Formula 1,” acknowledged Max.

The key to Hamilton’s victory over Verstappen in Bahrain was the world champ’s experience and ability to nurse his car during crucial stages of the race which was Red Bull’s to win, but they lost.

Marko pointed out after the opening race last month: “The thing that Hamilton has over Max is incredible consistency. I don’t know how many races he has, how many wins. You could see how he did a great job tactically, how he made line changes and so on. It was a very difficult race for Max.”

Nevertheless, Verstappen will not change his style to counter his rival: “I first look at what I could have done better or different every single race. And then… I do watch other people and review stuff, but I am not someone who copies. I’m myself.

“Because if you copy stuff from others, you’re always going to be behind first of all – because you’re not innovating and becoming better than them. Of course, you can just look at it, you can observe it. But at the end of the day, I’m myself and I think that works the best for me – to be myself,” insisted the 23-year-old Dutchman.