Russell: I can’t let difficult moments dwell on me 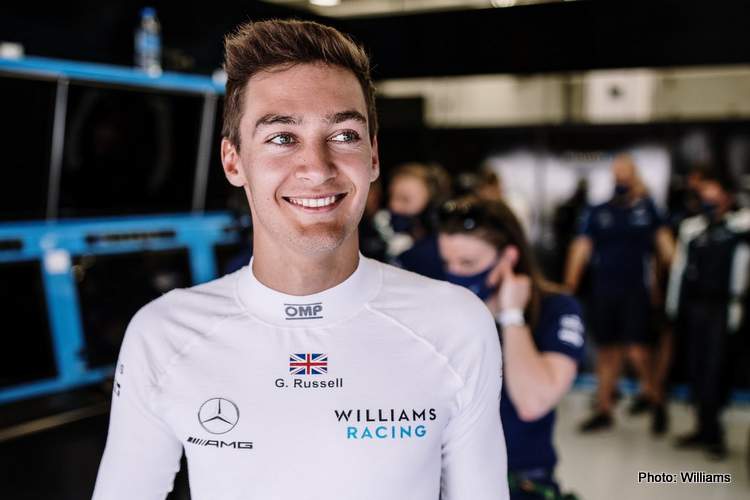 If all was fair and square in the ladder to Formula 1, it is sure that George Russell would be driving a Mercedes this season after his stellar performance at the 2020 Sakhir Grand Prix.

But cruelly life is not fair and Russell finds himself toiling at the tale end of the field, where he does not belong while Mercedes continue to rule the roost with a safe and trusted pair of hands in Valtteri Bottas doing the wingman thing to perfection, inadvertently or not, for Lewis Hamilton to gobble up the records.

Given a few hours in a car he was unfamiliar with, Russell was stellar, making Bottas look ordinary and then he niught have won the race had Mercedes not so inexplicably fluffed their lines.

But, out of the darkness of Bahrain, a star shone brightest: namely Russell. He proved he was ready to step up to the A-team, but the Wolrd Champs have opted for stability for this season, relegating to Russell to the waiting room.

During an interview with iNews, Russell explained his mindset in the aftermath of that dramatic evening: “If I want to win races and championships, I can’t let difficult moments dwell on me.”

The popular 23-year-old will make his 40th Grand Prix start when he lines up on the grid at Imola next week, crediting work on his mindset as the key factor to his approach to racing: “I think mental health is incredibly important.

“I think so many people, men particularly, see psychology as a weakness, which is absolutely not the case. Your mind is the most powerful tool in your body.

“If you have a toothache, you go and see a dentist. If you’ve got something wrong psychologically, you need to speak to a professional about it and they will help you through those moments whether it’s on the business side of things, or whether it’s personal.

“Ultimately I’m a high performing athlete and if you want to achieve your maximum potential, you need to be in the right frame of mind.

“I’m feeling stronger and stronger about this, the more time goes on and since I’ve also had these difficult moments and learnt that talking about it to the right person… obviously talking to your family and friends is all well and good but getting professional advice was really important. That allowed me to come back stronger, fitter, healthier than ever, and [I’ll] be able to perform off the back of it.”

“I was never one of these people who thought mental health is not that important and you’re either mentally strong or mentally weak or whatever and you just got to be strong about it if you’ve ever had a difficult moment, toughen up and get through it.

“You obviously have to, to a certain degree, but equally seeking that professional advice was great. I really enjoyed it and it’s been beneficial for me.”

Russell’s talent and determination has shone through his first two seasons in the top flight, but fortune has not favoured with regards to his team, Williams who hover over the lowest patch in their illustrious history.

New owners and many new faces are part of the landscape, which Russell sees as a big positive or the team no longer in control of Sir Frank Williams or his family. Among them Jost Capito.

Russell explained: “The motivation, the spirit and the morale is being boosted. I think everybody can see a light at the end of the tunnel. With the arrival of Jost, with the new investors, with the deal that Mercedes have in place for 2022 and beyond, things are heading in the right direction for the team.

“When you look back six months, eight months or so, the team may not have even been on the grid. So, I’m personally excited for the team but on the flip side, Rome wasn’t built in a day it’s going to take a bit of time to turn the course of the ship.”