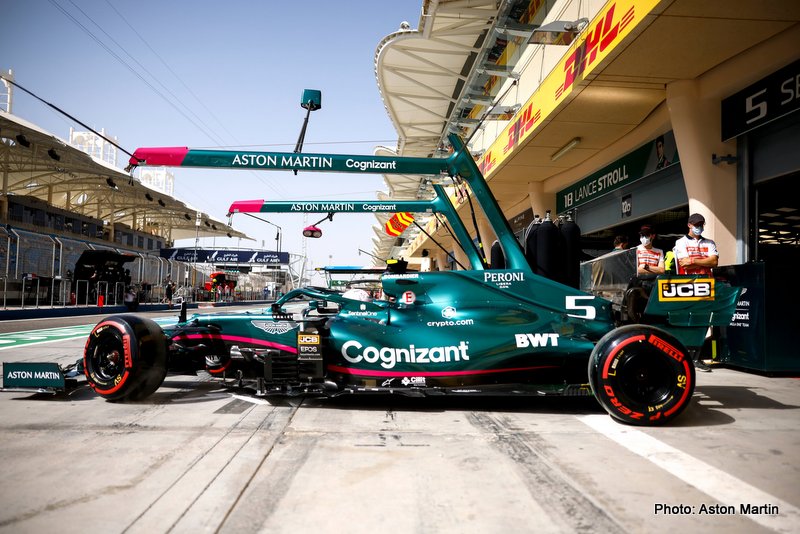 Otmar Szafnauer has said that the performance levels of the Mercedes W12 gives Aston Martin hope because of the similarities between the teams’ car designs.

Aston Martin endured a difficult race on the marque’s return to Formula 1 at the Bahrain Grand Prix last month, with the team scoring just one point as they struggled to keep up with their midfield rivals.

While Lance Stroll made it through to Q3 and finished 10th, Sebastian Vettel was eliminated in Q1 and was involved in an incident with Esteban Ocon that ruined his chances of achieving a positive result.

Szafnauer said after the season opener that the “low rake cars were hampered significantly” by the new regulations relating to the floor and rear end of the car, putting Aston Martin at a disadvantage.

The team’s design philosophy remains linked to the Mercedes concept that they emulated last season and Szafnauer confirmed that Aston Martin would be keeping an eye on the reigning world champions for signs of improvement.

“I think for sure we have to look and see what type of lap times they are able to do,” he said, as reported by Formula 1. “We have the same powertrain, the same gearbox, same rear suspension so if they are able to do some of those lap times, we should be able to get close – so that gives us some hope.

“I think a lot of the teams are a lot closer to Mercedes this year than they were last year, including Red Bull, McLaren and Ferrari.

“I mean if you look back to see where Ferrari were three months ago and where they are now to Mercedes – just have a look at the lap times and that will give you a picture.”

Asked when Aston Martin would begin turning their primary focus onto 2022 and the new sporting regulations, Szafnauer added: “Well that is a really good question and if I knew I would tell you but I don’t know unfortunately. The trade-off has to be, how much more can we gain this year at what expense for next year and that is really, really hard to predict. So at this time we’re going to keep going in parallel.”