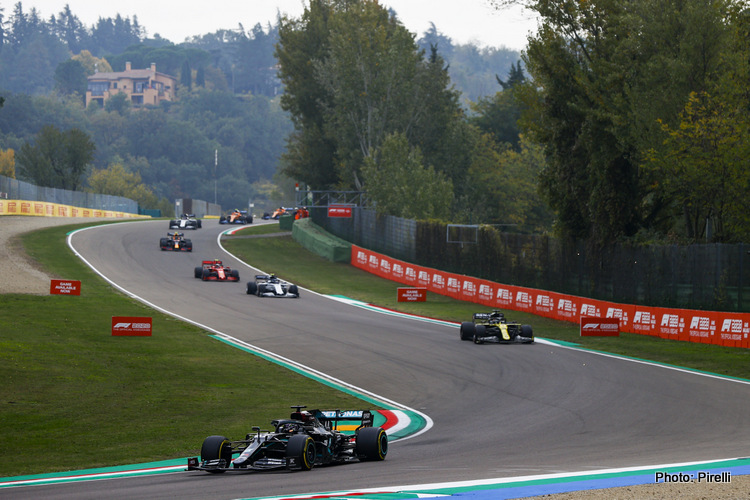 Imola circuit president Giancarlo Minardi has revealed that the Italian venue is keen on becoming a permanent fixture on the Formula 1 calendar.

The historic track returned to F1 for the first time since 2006 last season, hosting the Emilia Romagna Grand Prix.

The circuit first came onto the calendar in 1980, hosting the Italian Grand Prix, before the San Marino Grand Prix became a staple between 1981 and 2006.

The action returns to Imola later this month for the second race of the 2021 season and looking ahead Minardi said that they were hoping to run a “well-organised GP” and will “see what happens in the future”.

“If the rules allow for more Grand Prix to be organised in a country, then we would very much like to welcome F1 to our circuit in the future as well as we are hoping for a permanent place on the calendar,” Minardi told Racing News 365. “That isn’t possible at this time, but for now we will try to show that we can hold a well-organised GP and then we’ll see what happens in the future.”

While a limited number of supporters were able to attend the season-opening Bahrain Grand Prix, Minardi confirmed that fans would not be present at Imola due to COVID-19 restrictions.

“We are hard at work to organise everything as well as we can,” Minardi added.

“Due to the necessary COVID-19 rules, it isn’t easy to organise everything properly.

“However, we will get everything done and during the Grand Prix weekend we will also be welcoming the Formula Regional European Championship by Alpine, which is of course great for our event. Unfortunately we can’t welcome fans to the track just yet, but last year we were able to deliver a great spectacle and we are hoping to do that again this year.”