Surer: Vettel not at Aston to make Stroll look good 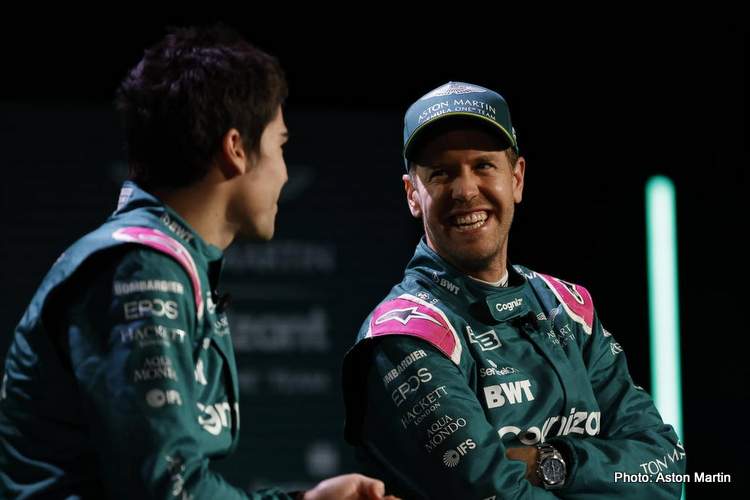 While it appears many respected punters, ex-Formula 1 drivers among them, are uniting in questioning Sebastian Vettel’s spiralling form, Marc Surer has nonsense recent statements made by some of the sport’s elder statesmen.

As if Lawrence Stroll and his heavily invested associates would countenance such a notion as they pump substantial amounts of money into Aston Martin, long ago, turning a once vanity project, to get Lance into F1, into far more than that.

Reacting to Coulthard’s far-reaching theory, Surer told Motorsport-Total: “That’s nonsense, Vettel is far too expensive for such games and a businessman wouldn’t do that.

“Vettel is someone who can develop a car. He proved that at Red Bull when he helped build the team and the winning cars, that’s what Aston Martin will build on – he is not there to make Lance look good.”

“Stroll is fast, he’s a talent. Even if his father spent a lot of money on his career. You have to admit: The guy is fast. That’s why it won’t be easy for Vettel to beat him. But that they deliberately sets out to beat Sebastian to show how good Stroll is, that’s nonsense

While Vettel did himself no favours with an abysmal performance at the Bahrain season-opener, Mattia Binotto also took the opportunity to praise Charles Leclerc and Vettel’s replacement Carlos Sainz, the Ferrari boss happy to declare he finally had two drivers he could rely on.

Surer said of the comment: “I think that’s a bit unfair of Binotto. Last year the Ferrari was really very, very difficult to drive. Leclerc sometimes spun during practice but he coped better with it than Vettel.

“Now the [Ferrari] is much better-natured, you can see it’s more consistent. That’s why the comparison is unfair,” argued the 82 time Grand Prix starter turned pundit.