Leclerc: I’m very happy to be a Ferrari driver forever 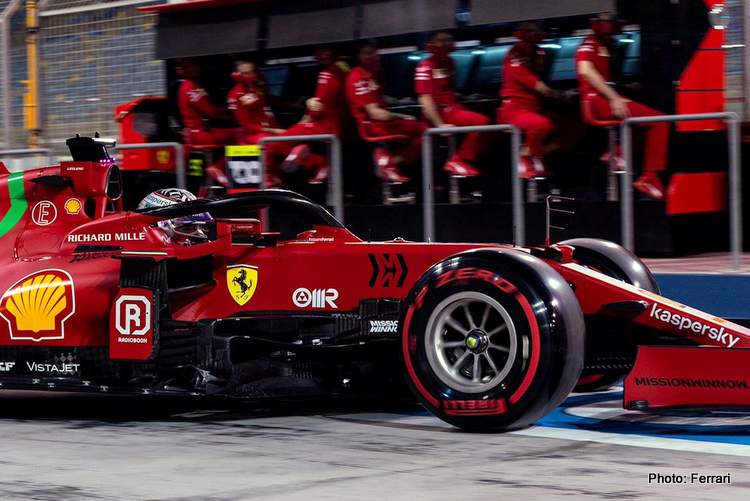 Charles Leclerc is content being a Ferrari driver no matter what they give him to drive for the great Italian team, who are trying to put behind them a woeful 2020 Formula 1 campaign and give their drivers a crack at the podium at some point this season.

In the wake of the Bahrain Grand Prix, Ferrari are clearly behind the two leading teams, Mercedes and Red Bull, and perhaps even McLaren with Leclerc adding the little extra he always has in reserve. The Reds walked away from the season opener with sixth place to the Monaco Kid and New Boy Carlos Sainz in eighth.

It was hardly a stellar start for the sport’s most successful team, but at least they appeared better than they were throughout last year suggesting the SF21 is a better piece of kit than its hapless predecessor, the SF1000, but the question is how much so?

Whatever happens, in Leclerc they have a driver intent on doing life in Red irrespective of their fate: “It’s true that the choices you make off the track affect your career a lot, but as far as I’m concerned I’m very happy to be a Ferrari driver forever, it’s always been a dream of mine.

“My challenge is my contribution to taking this team back to winning. I’m aware of the importance of choices, but today my only goal is to get back to the top with Ferrari, and I’m sure there is the potential to get where we want to be,” Leclerc said in a recent interview with La Repubblica Motorsport.

Imola will reveal more than Bahrain, as there is a suspicion the desert venue may have favoured the Scuderia’s cars, or not one could argue. But it’s Italy and there will be nowhere to hide.

But this does not faze Leclerc: “I think a very good job has been done this year but we have to keep our feet on the ground. We are convinced that we have not spared ourselves, but in Formula 1 we always need be very careful because everything is relative.

“The fruits of the work emerges from competing with our opponents, so I don’t want to overcompensate. You must have patience, it’s a gift that I developed along the way, years ago in fact I did not have it, or I had little.

“When there’s a technical delay, we know that in F1 it takes time to be able to reset and, during this phase, you need to be as calm as possible. Getting angry and impatient is not constructive. I think I’ve matured from this point of view, then obviously I can’t wait to go back to winning races, the goal of a driver is always the same,” ventured Leclerc.

His new teammate, Sainz has already bolstered the team since replacing Sebastian Vettel in the other car, Mattia Binotto declaring his relief in having “two drivers” to deliver the mustard, suggesting the departed German did not add value.

Leclerc Said of Sainz’s arrival: “In recent years he has been in several teams, and I think it is always interesting to get an idea of ​​how our rivals work. I was also struck by his great motivation, he is in his first year with Ferrari and you can see that he wants to do very well immediately.

“This euphoria is contagious to the benefit of the whole team. I think it is always good for a team to have two drivers pushing and fighting for victory. I spend more time with him than I did with Vettel.

“In the past me and Seb we often crossed paths, I arrived and he left, or vice versa, while now with Carlos we are often in office on the same days and consequently we spend more time together,” added Leclerc.