Alpine: We have a decent upgrade package coming for Imola 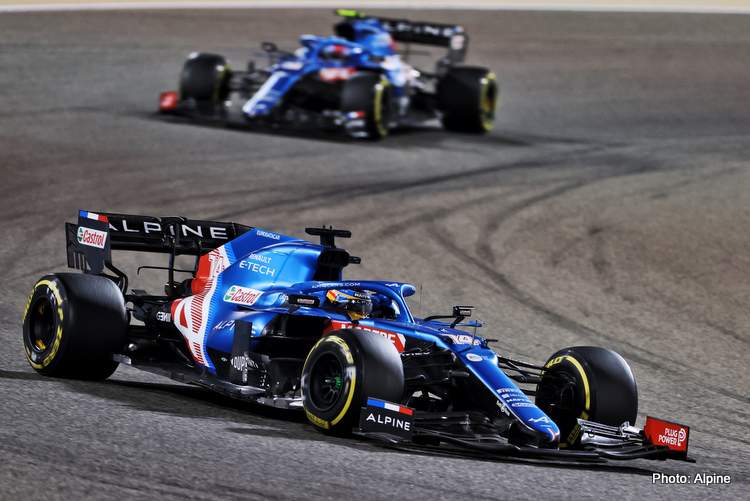 Alpine have a “pretty decent update package” coming ahead of the Emilia Romagna Grand Prix at Imola on April 18 according to executive director Marcin Budkowski.

The French-owned outfit had an underwhelming start to the 2021 Formula 1 season in Bahrain where they failed to score a point.

Fernando Alonso qualified ninth but had to retire when a sandwich wrapper became lodged in his brake duct, while Esteban Ocon failed to get out of Q1, with his run disrupted by waved yellow flags. The Frenchman then struggled to make ground in the race, before a collision with Sebastian Vettel ended his hopes of a top 10 result.

Alpine will be hoping for better at Imola in two week’s time and Budkowski thinks they will see “more performance” in Italy.

“There’s an area that’s changed in the regulations which is an area of development at the moment,” he said, as reported by RaceFans. “It’s obviously the side of the of the floor and the diffuser.

“We have a pretty decent upgrade package coming for Imola, so we’ll have some more new parts and more performance on the car in Imola. And in general, in the first few races of the season, we’ll have some new bits coming through.”

One observation that Alpine made in Bahrain was that they struggled in the hotter practice sessions that took place earlier in the day, although Budkowski said this is unlikely to prove relevant across the next couple of races in Europe.

“We have a bit of homework on understanding why we’re seemingly less competitive in the hot sessions than in the evening sessions,” he added.

“Which I don’t think is going to be a problem in Imola or Portugal but could become a thing in the summer months.

“We were fairly happy with with the car at the test but it’s fair to say we’re less happy with the car in the hot sessions. First and third practice were more difficult for us and we went back to a level of competitiveness that is more representative in the evening sessions, second practice and qualifying.

“The temperature has been quite extreme. It was hotter than during the test. Towards the beginning of third practice it was 38 degrees ambient, I think 47 track temperature, that’s way hotter than it was two weeks ago at the test.”