Hamilton: Don’t try to mess with my mind 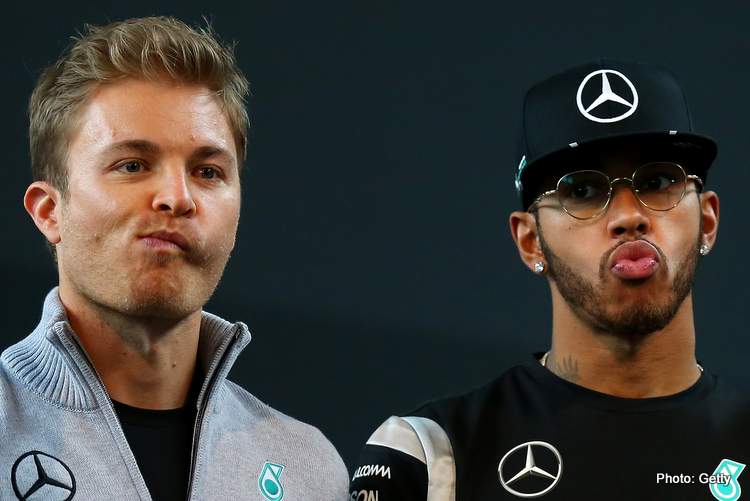 Lewis Hamilton warned his rivals not to mess with his mind as he begins a quest for a historic eighth Formula 1 crown this season, to become the most successful driver in the history of the sport by a fair margin.

He ticked the first box with a sensational victory over a rampant Max Verstappen and Red Bull at the F1 season opener in Bahrain last month. One of those victories that he had to go out and hunt for, then defend in the manner only he is capable of.

Talking to Wired before the season started, Hamilton gave insight into his mindset and approach: “When you’re driving a car it’s very chaotic. It’s erratic, so much is happening. All the senses that we have, they’re all firing on maximum.

“You do become one with the car, not that I’ve ridden a bull but I imagine it’s a little bit like that. The car doesn’t want to do some of the things you want it to do.”

“I think what makes me the driver I am today, yes it’s the ability but I would say it’s the hunger. I’m so grateful for it, man. If we didn’t have that struggle I couldn’t drive the way I do today.”

The foolish theory that Hamilton wins only because he has the best car is way off the mark, as engineers, managers and even teammates (he demolished) have spoken out in admiration about the remarkable skill sets and attention to detail that the reigning World Champion has in his arsenal.

Heikki Kovalainen, the Briton’s teammate at McLaren in 2008 and 2009 explained in an interview last year why he was overshadowed by Hamilton: “The braking areas were always where I was struggling against him. So I think that’s one of the key areas where he’s very good.

“He’s very good at driving when the car doesn’t have the maximum aero load and the car is moving around a bit more and you’re kind of sitting on the [edge of ] mechanical grip, and on the tyre grip, if you like.

“He’s very good at that – he’s got some special sensors in his arse that he can just tiptoe on that edge just a bit beyond everyone else,” added Kovalainen.

Hamilton might have been on eight world F1 titles already had Nico Rosberg not broken his run when the German dug deeper than he ever could (or ever will again) to take the title in 2016 after a ‘civil war’ that tested the character of Mercedes during the height of their might.

Rosberg quit the sport immediately after claiming the crown in Abu Dhabi that year, citing his inability to dig that deep again to beat Hamilton.

That loss to his childhood friend, turned bitter enemy, still hurts Lewis as he had no chance at ‘revenge’ and at the same time Rosberg made it no secret that he had employed the dark arts of mind games to get under the skin of his rival.

Many believe that is the tactic that Valtteri Bottas has failed to employ to beat his illustrious teammate, The Finn opting for harmony off-track in the hope he can beat the #44 on-track. It has not worked.

Now that the season opener has hinted at a closer championship contest than we have witnessed for over a decade, masters of mind games Red Bull need not look further than Rosberg’s 2016 playbook to see exactly what riles the Champ.

But be sure he will be ready this time: “I don’t like the idea of someone trying to mess with my mind, because I’m strong, and I know I’m strong enough and capable enough. [Winning] is in my DNA.”