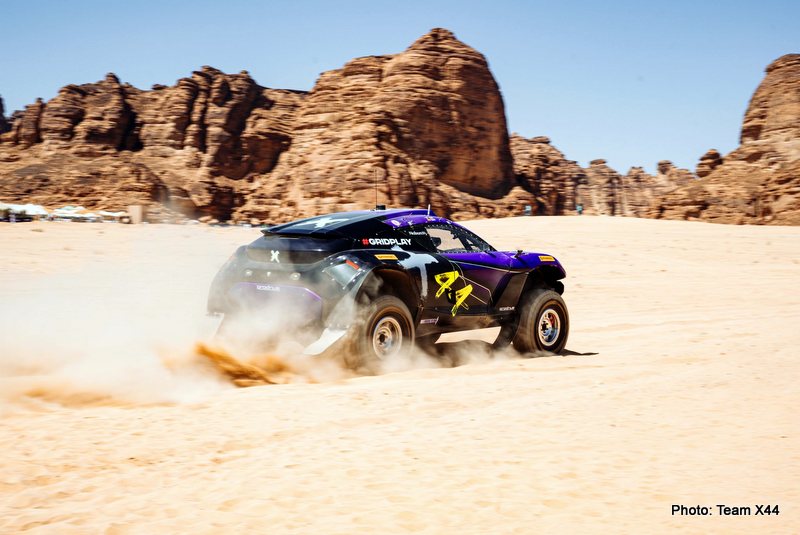 Lewis Hamilton‘s Team X44 went fastest in Qualifying at the first ever Extreme E X Prix in Saudi Arabia, after Rosberg X Racing were penalised for speeding in the switch zone.

Rosberg X Racing’s lineup of Molly Taylor and Johan Kristoffersson looked to have pipped Team X44 drivers Sébastien Loeb and Cristina Gutiérrez by just under 10 seconds across the two qualifying rounds, but picked up a 60-second penalty shortly after their run was completed.

The Nico Rosberg-owned outfit were still quick enough to finish third and will have the chance to battle wheel-to-wheel with Team X44 in Sunday’s Semi-Final.

Acciona Sainz XE Team were the other team to qualify for the Semi-Final, with Carlos Sainz and Laia Sanz setting the second-fastest combined time across the two sessions.

The top two finishers in the Semi-Final will qualify for the Final, with the third spot going to the winner of the Crazy Race.

The Crazy Race will be contested between the fourth, fifth and sixth fastest teams, which were Andretti United Extreme E, Hispano-Suiza Xite Energy Team and JBXE respectively.

JBXE were hit with two time penalties after Jenson Button’s co-driver Mikaela Åhlin-Kottulinsky was adjudged to have been speeding in the switch zone during Qualifying Round 2, with the Brawn GP-liveried car relegated to P6 as a result.

SEGI TV Chip Ganassi Racing looked likely to overtake JBXE following their penalties, but the US-owned team were unable to run in Qualifying Round 2 due to a problem.

Veloce Racing and Abt Cupra XE failed to complete their first qualifying run, with drivers Stéphane Sarrazin and Claudia Hürtgen both involved in dramatic accidents that resulted in the car flipping over.

Neither team was ready in time for the second qualifying round and will take part in the Extreme E Shoot Out alongside SEGI TV Chip Ganassi Racing on Sunday.

The winner of the Shoot Out cannot qualify for the Final, but points will still be awarded based on finishing position. Points are also awarded to all of the teams that finished qualifying, with 12 going to leaders X44.

For more information on the race format visit the Extreme E website. 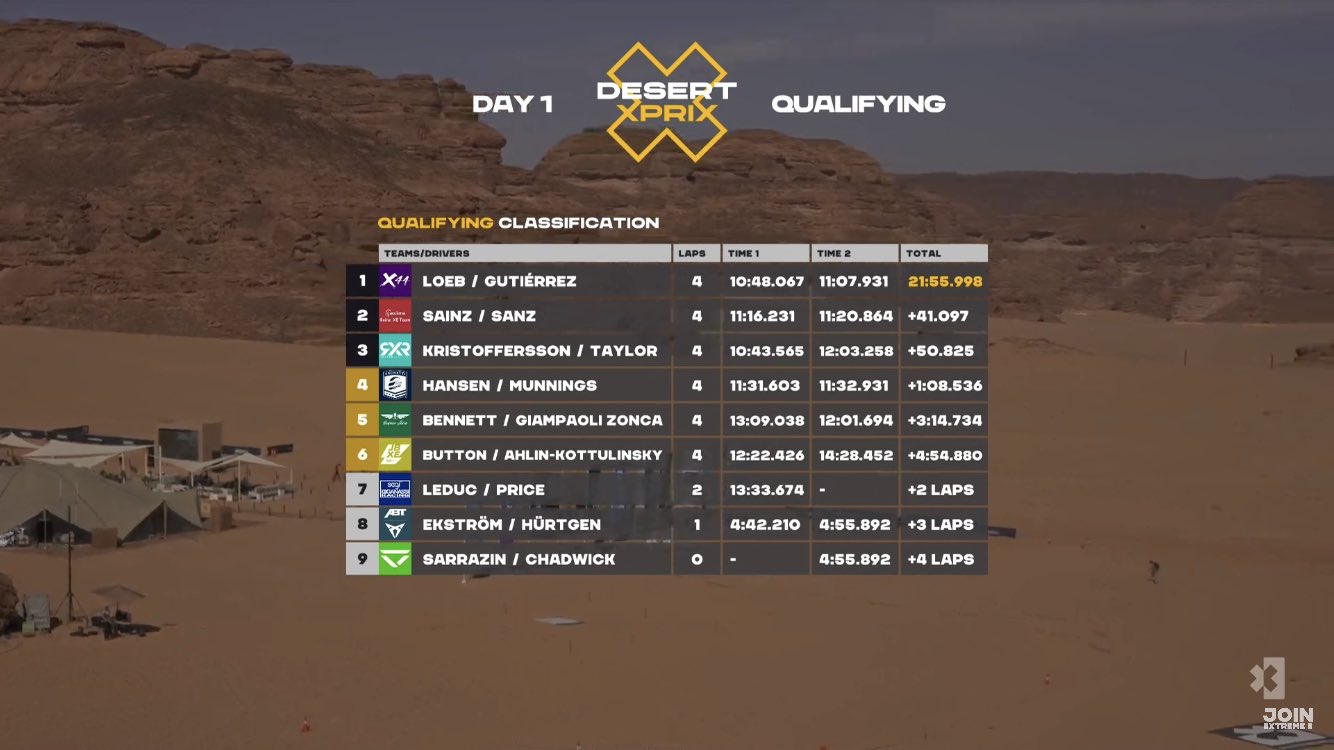