Steiner: For me, yes we’ll be at the back this year 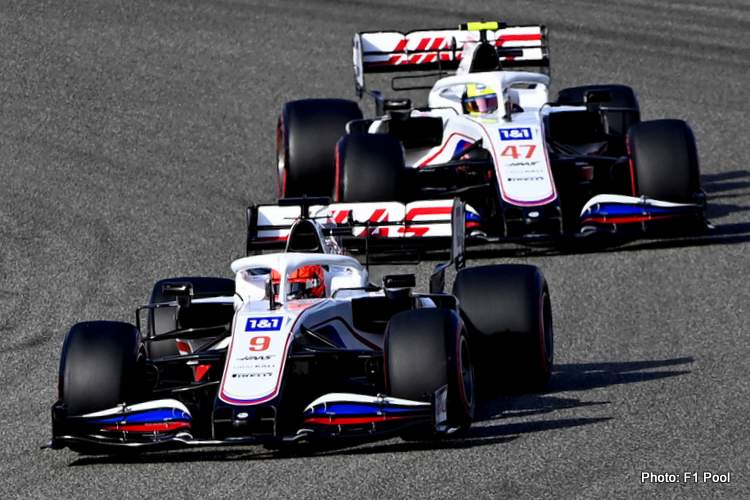 Haas team principal Guenther Steiner has justified why his team is not spending a penny on developing their current car during this 2021 Formula 1 season, claiming it would be complete madness to do so.

Last year’s Haas VF20 broke cover on the first day of testing at Barcelona in February 2020 and by all accounts very little has been done to enhance the car which began life in the hands of veterans Romain Grosjean and Kevin Magnussen.

The car was a handful, often catching their drivers out with snaps and unpredictable reactions which too often caught them out. Bent metal was aplenty in the Haas garage last year.

During the 2019 Canadian Grand Prix, Magnussen stormed over the radio: “This is the worst experience I’ve ever had, in any race car. Ever!”

After the episode appeared on the latest Drive to Survive on Netflix the Dane said: “I have seen that one that I’m in, and they didn’t even put the bad things in.”

Things did not get any better in 2020, for the team who suffered a slew of DNFs as car development was stagnated and Ferrari was at a loss with their power unit which badly impacted the customer teams. As a consequence stats show Haas second-last in the F1 constructors’ championship lastyear with a mere three points, only Williams were worse.

Fast forward to 2021, same old troublesome and ineffective car but a new lick of paint for a couple of rookies – Ferrari backed Mick Schumacher and Nikita Mazepin thanks to Papa Dmitry’s overflowing bank account – replacing the two veterans.

At the season-opening, Bahrain Grand Prix last weekend the cars were hopeless in the hands of the rookies, ‘Mazespin’ is trending as his nickname while Mick had a scary moment early on in the VF21 which is the VF20 in new livery.

Steiner elaborated on the current state of affairs during an interview with F1.com: “The only development we did was to adapt to the rules for this year so you cannot expect the car to get any better. With the rule change, the car actually got worse as we took downforce away so it’s a case of how little can you do?

“On the car, I was always very outspoken because the car is what it is this year. When we started the development in November last year we knew we couldn’t catch up. Why would you waste [money]?

“The car was bad in 2019, it didn’t get a lot better in 2020 and all of a sudden we invest a year of development in a car that’s only going to do 23 races? I mean that would be complete madness in my opinion.

“So as everyone knows we need to limit this [spending] but you always try to get the best out of [the car]. You don’t say, ‘I don’t want more’.”

According to the report, Haas will run a slightly updated car at Imola, to address the setup issue with the car and no more for the rest of the season.

“We get parts somehow for the car for Imola, because we couldn’t get them ready for [Bahrain] so we did what we could,” explained Steiner.

“At some stage, you ask – if you put a big investment in, are we going to be sixth? No. Are we going to be seventh? No. The best we could aim for was eighth and then it’s a case of, is it really worth to invest your future in the next six months and lose sight of the next five years? No.

Fortunately for the team, Mazepin’s Uralkali money is fuelling the project, or more like the drip-feeding the team’s survival suggesting that disenchanted Gene Haas might see the whole thing as a farce sell-out.

This situation is not new, Haas have been in financial dire straits throughout the 2020 season as Netflix so candidly revealed, a hapless Guenther talking money, or lack of it, or prospect of it, to a seemingly disinterested Gene. And that’s not fiction.

Thus the scene at Haas this year is that Mazepin senior will continue to feed the money on demand to keep his son in F1, at the expense of far many better drivers who simply do not have the cash to match the billionaire.

Knowing all this, no doubt, Ferrari found it wise to place Michael Schumacher’s son Mick into the American team and thus combining to ensure survival for at least another year.