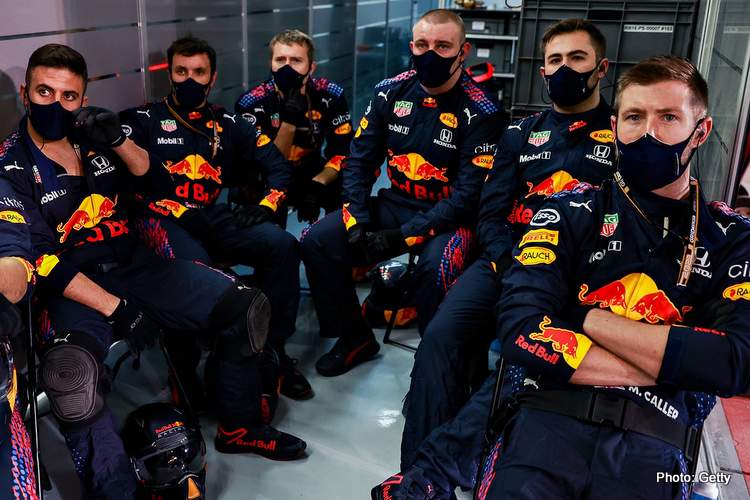 Former Formula 1 team boss Flavio Briatore has weighed in on the aftermath of a heady Bahrain Grand Prix, the 2021 season opener that delivered a cracker of a race which the former he believes should have been won by Red Bull’s Max Verstappen.

The contest the sport has hankered for between the prodigious 23-year-old Dutchman, representing the sport’s young guns, versus 36-year-old, seven-time F1 World Champion Sir Lewis Hamilton, batting for the old guard.

On Sunday night at Sakhir, Hamilton and Mercedes engineered a famous victory over Red Bull and their ace driver who had the better car all weekend. Max started from pole and the race was theirs to lose from that point on, and they lost it.

Briatore said: “In Bahrain, I think the Dutchman would have won the race. Red Bull should have pitted him earlier for the tyre change. However, the car is performing very well. There will be dominance by the Mercedes at some races but certainly Red Bull can compete for the championship given Verstappen’s performance.

“It will be him and Hamilton for the title,” he predicted.

The Red Bull driver was somewhat aggrieved that his team did not allow him to continue into the lead after he got past Hamilton, albeit illegally according to the insane and highly dynamic track infringement rules that were implemented (or not) on the night.

Verstappen argued that he could have built a gap in the final laps to cover the time penalty his ‘illegal’ pass in Turn 4 would have incurred, but Briatore backs the call: “That was a correct decision on the part of the team because they had noticed it and such a call is normal.

“The first mistake was not to call him back to the pits earlier because he had used tyres and Hamilton kept taking three- to four-tenths per lap off him but it was a good show.”

As for Ferrari woes, Briatore ventured: “It will be difficult for them to score podiums this year if no one retires during races. They will fight for third in the championship where it will be Mercedes, Red Bull and then Ferrari who took a step forward compared to last year.”

“They have two good drivers, both Sainz and Leclerc did a good job, nothing to more to say but the big limitation is still the car.”

Briatore’s former protege Fernando Alonso made a comeback on the same night, the harsh reality is that the Spaniard is with an Alpine team that appears rudderless and a sub-par car unlikely to do their drivers any favours.

Although the 39-year-old Spaniard trounced young gun teammate Esteban Ocon in qualifying and the first part of the race at Sakhir, stats will show that on the night of his return to the big show, after a two-year absence, he ended with a disappointing DNF.

Briatore commented: “I was on the phone with Fernando a little while ago, he was disappointed even though he knew that this was Renault’s position. They have to bet everything on next year, .

“He also had the misfortune that a piece of plastic got into the brake duct and knocked them out but Alonso’s qualified higher than where the car deserved to be,” added the Italian whose former Renault team took the Spaniard to F1 titles in 2005 and 2006: