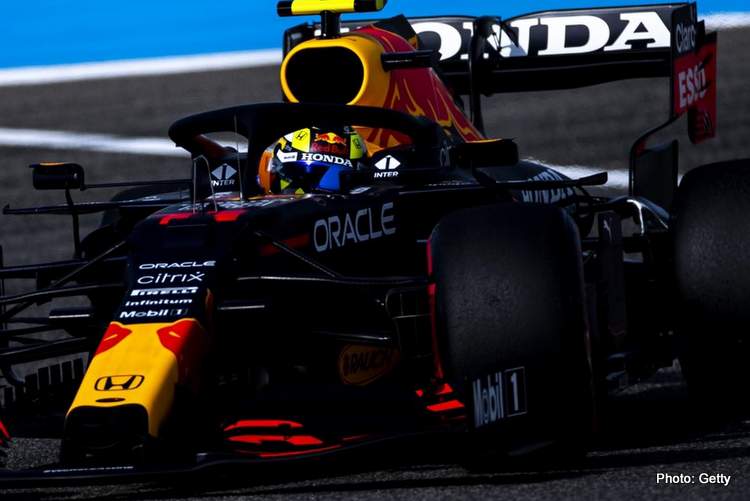 Red Bull are satisfied with the job done by Sergio Perez in his debut for the team, at the 2021 season-opening Bahrain Grand Prix on Sunday, with hard to please Helmut Marko impressed by the veteran.

No one expects the Mexican to match the exceptional pace of Max Verstappen, few if any can, and that’s not his job. The experience Red Bull has tapped into was about having stability in the second car, with solid points on a regular basis and not the kindergarten they were running last year.

And that’s exactly what Checo delivered on Sunday night at Sakhir. After a botch up in qualy dropped him to 11th on the grid, then the system crash on the warm-up lap which relegated him to a pitlane start, the stage was set to reveal if Red Bull’s new man could deliver on what he was hired to do.

And he did. Emphatically so as he powered from the back of the field to fifth place and vindicate those who believed in him and F1 fans who collectively badgered Red Bull to sign the 31-year-old when he looked to be forced out of the top flight.

His moves were decisive and ruthless as he maxed the advantage in the RB16B which his predecessors were unable to do. He never put a foot wrong as lived up to his reputation as the “tyre-whisperer” in his first Grand Prix for the Bulls.

No surprise Perez was cited Driver for the Day for his efforts, which triggered rare praise from Marko who told Formel 1, “His race pace is at Verstappen’s level. When he had clear air, he delivered the same times.

As for qualifying, the Austrian said: “He lost most of the time in a corner, Turn 1. That was also the case in testing. But in Sector 3 he was on average faster than Max. The only thing he has to do is string the lap together and we’re convinced that he will be much closer to Max in qualifying.”

Taking into consideration the different mapping the cars would be using, our stats man Kevin Melro casts some doubts on Marko’s claims, suggesting Perez was lacking around three-tenths on race pace, on average, compared to Verstappen in Bahrain.