Albert Park to get facelift making it faster and racier

In an effort to promoting faster and more competitive racing, Australian Grand Prix organisers are using the opportunity of laying down a new track surface to also tweak the layout in time for the race later this year.

Last month we reported that the changes were in store, now the work has begun on-site; they announced on their website today:

The Formula 1 Australian Grand Prix will undergo its biggest change since the race moved to Melbourne in 1996, offering a brand new on-track spectacle for fans in 2021.

The chicane at the current Turns 9 and 10 will also be removed, creating the longest straight on the circuit and the potential of a new DRS zone.

Off-track, the upgrade will deliver new locations for corporate suites, grandstands, and general admission fans, with spectacular views of the circuit.

For the first time since it was constructed in 1995, the entire Albert Park circuit will also be resurfaced following the Formula 1 Rolex Australian Grand Prix 2021 in November*. This resurfacing is a much-needed requirement to ensure the 25-year-old circuit maintains its safe conditions. 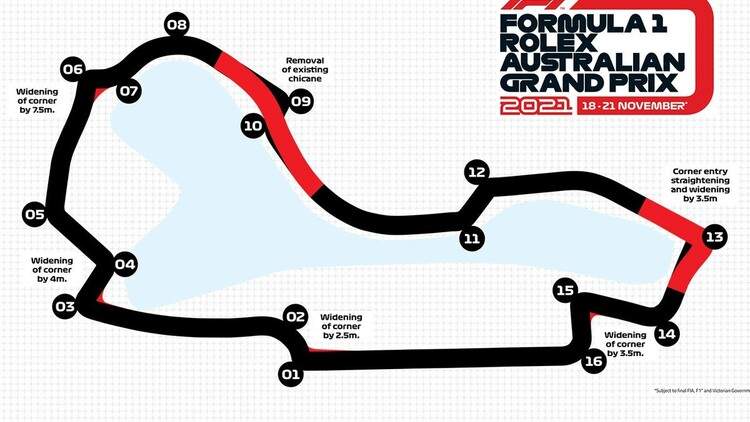 The track changes will enable more overtaking opportunities in Melbourne.

“Since the 1950s Albert Park has been synonymous with Grand Prix racing with these upgrades aligning perfectly with the changes in specifications of the Formula 1 cars in 2022. While the project will make for more exciting racing, it also enhances the roads and surrounding facilities for community use beyond the event for years to come.”

Daniel Ricciardo, Formula 1 driver, said: “Sundays and making race days more exciting for everyone, that’s what we all want and I think these changes are in the direction of what we want. Better races, more battles – the changes are going to push us towards that.

“With these (2021) cars the changes should help a lot, but from 2022, if next year promises everything it does with being able to follow the car in front and the racing to be enhanced, then coming to a circuit like Albert Park with these changes should make a pretty amazing spectacle.

“I see all of these changes as beneficial for Sunday and we can have some fun on the brakes. It’ll make the racing closer, I’m pretty confident of that.”

Mark Skaife OAM, iEDM Motorsport Director and five-time Supercars champion, said: “iEDM has a long and proud history in producing world-class motorsport events – we’re thrilled to have partnered with the Australian Grand Prix Corporation to deliver this exciting upgrade to one of Formula 1’s most iconic circuits.” 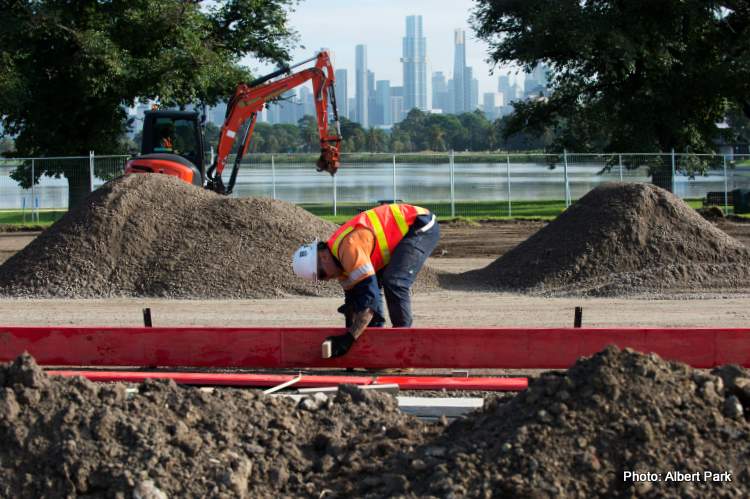