Piero Ferrari: I hope we win at least one Grand Prix 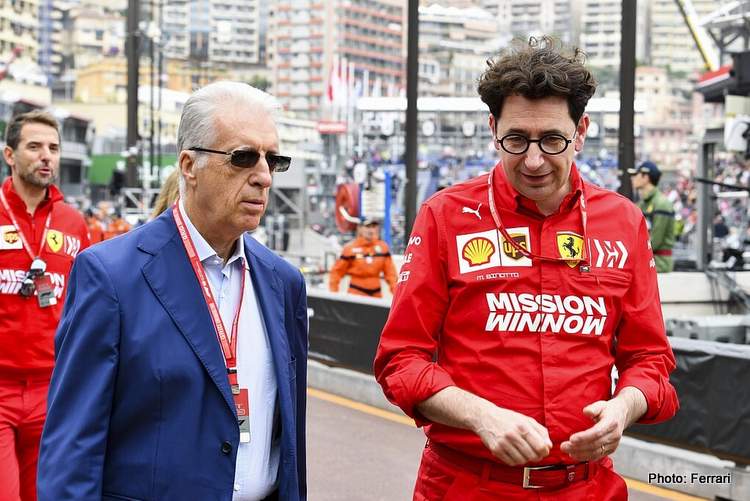 Before the 2021 Bahrain Grand Prix, Peiro Ferrari provided his insight into expectations ahead of the 23-race (maybe?) Formula 1 World Championship season.

While his team should encouraging signs, the just is still out on how good or how bad the SF21 is. What we saw on Sunday hardly augers well for the Reds.

Speaking to Leo Turrini, Piero, son of Enzo Ferrari, said: “2021 marks the 70th anniversary of our first Formula 1 victory at the 1951 British Grand Prix when Froilan Gonzalez triumphed at Silverstone.

“Now, I hope to win at least one Grand Prix, in the season that is about to begin in Bahrain. I don’t think I’m asking too much…”

Ferrari under Mattia Binotto has lost its way, the team arguably at the lowest ebb of their illustrious existence, something that does not escape Ferrari: “We must not be afraid of reality. It must be accepted and if we don’t like it we must work to change it. Everyone at Ferrari is always under scrutiny, it’s part of our DNA.”

Binotto himself has gone to great lengths to explain that the oldest team in F1 is rebuilding for 2022, however, Piero still has lofty expectations.

“At Maranello, we are all aware that we cannot aspire to the world championship. But  I want to find proof in the 23 races that await us, we understand what was wrong and that we know what to do to get back on top. Of course, the road will be long, the run-up complicated. But we are Ferrari, we have to give a signal.”

This year Charles Leclerc is teamed up with Carlos Sainz, two drivers capable of winning races but they need the tools to do the job.

Leclerc, in particular, is more ready than ever to start slugging it out with Lewis Hamilton and Max Verstappen but unlike Ferrari, Mercedes and Red Bull have given their respective drivers podium topping weaponry.

“Very. Leclerc is young but it is already a guarantee. Sainz is new to us, obviously, I know him less but I know he has fit in well with the team.

“Do you know that your father, Sainz senior, the rally driver, phoned me? It was very nice, he made history in rallies, now he has a son in a Ferrari. It’s a combination that intrigues me.”

As for Lewis Hamilton who this year could usurp Ferrari Legend Michael Schumacher as the most successful driver in F1 history – for not they are still tied with seven world titles each.

Ferrari continued: “Lewis doesn’t need to prove anything, a title more or less doesn’t add to and detract from his greatness. He is certainly the favourite, together with Max Verstappen.”

“Well done to them,” he added about Mercedes. “I do not appreciate those who do not recognize the merits of others. We at Ferrari have also had great cycles and if you are not in your own winning cycle you want those who are to stop doing so.”

Maranello is reportedly fully focused on the 2022 programme, which Piero believes will transform the pinnacle of the sport: “In a year the rules will completely change, it will be another Formula 1. And I hope it is a Formula 1 with more understandable technology, less removed from ordinary people.

“We have to use the money we spend in racing to have more spectacular races, competitions that the general public can understand and get excited about.”

While this interview took place before the season opener on Sunday, it provides an insight on how the big-wigs at Ferrari are thinking and coping with is long and ongoing cris for the Reds.

While all at Ferrari set their sights on returning to the podium in 2022, one thing is sure their rivals will not be standing still – least of all Red Bull and Mercedes – so, it will be intriguing to watch if Binotto and team will finally find the ‘magic button’ that eludes them far too long.