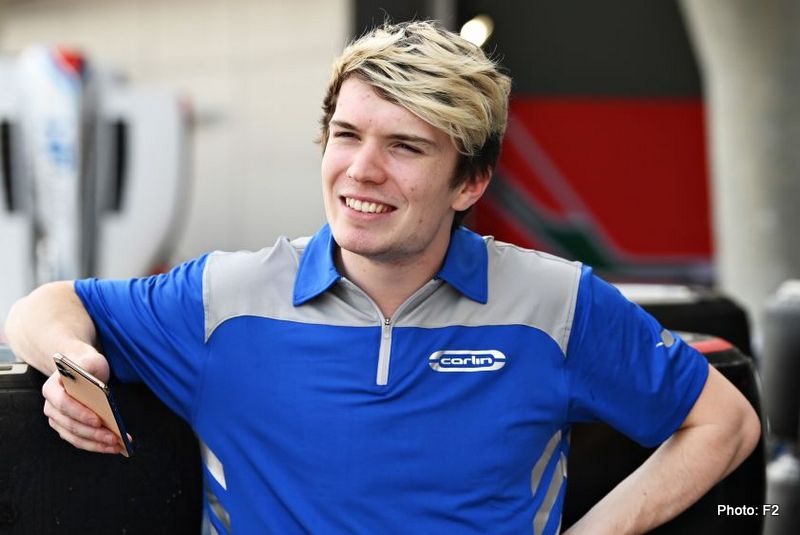 After a race changing collision in the closing laps of the Formula 2 Feature Race, Dan Ticktum puts his clash with Oscar Piastri down to a “rookie error” on the part of his rival.

On Lap 30 of 32, Ticktum and Piastri came to blows at Turn 2 as the Brit continued his charge to an eventual second place behind winner Guanyu Zhou.

The collision sent Piastri spinning as he tried to hold his position around the outside of Turn 1, which becomes the inside for Turn 2 at the Sakhir circuit.

The reigning FIA Formula 3 champion was unable to keep his engine running, stalling out of the race after winning the second Sprint Race the day before.

Ticktum explained what happened at the post-race press conference: “I’m sure when this track was designed, a group of track designers got together to design the corner that could cause the most crashes and incidents. Everyone is going in really quick and then trying to prepare for the next one.

“It’s just an accident-prone corner,” Ticktum continued, having been involved in an incident in each of the Sprint Races previously in the first complex.

“From my side, I was ahead of him,” he added. “He just clipped me and I reacted very fast to catch the car. I could have very easily been sent into a spin, and then I was hoping I hadn’t got a puncture.

“I haven’t seen the onboards and I haven’t seen any angles, but it seemed like a bit of a rookie mistake from him to be honest… I don’t want to comment on it anymore really, but it was unfortunate for him [Piastri]  really.”

Rookies including Piastri and Liam Lawson have already made an impact on this seasons Formula 2 championship.

GrandPrix247 asked Ticktum whether he expected the rookies to be in the title fight so early on, to which he responded: “Once you get to this level, they’re rookies but they’re sort of not, if that makes sense. They’ve had a pretty long career and quite a lot of experience in other categories. I think F2 definitely does reward experience, but if you are a rookie and qualifying well, I think they’ve got every chance.

“There’s a few little things that us more experienced drivers have up our sleeves, but around the lap, they can be as quick as us I’ve they’ve got a good car. There are a few things about the tyres that help [after a year of experience] but there’s probably 10 people capable of winning this year.”