Wolff: I would not have believed this result 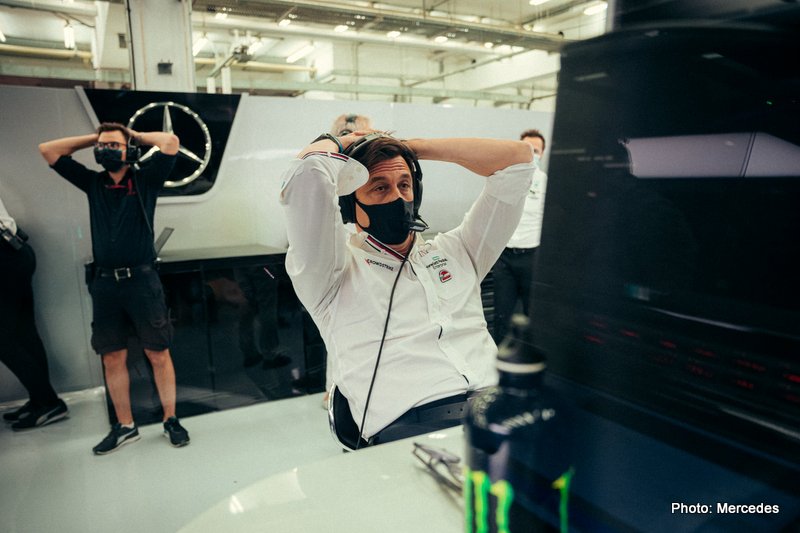 Toto Wolff said that he would not have believed the result of the Bahrain Grand Prix if someone had predicted it ahead of the race.

Mercedes driver Lewis Hamilton won in dramatic fashion from Red Bull rival Max Verstappen, with the seven-time world champion able to hold off the charging Dutchman in the final stages.

Red Bull had looked to be on top all weekend with Verstappen dominating the three practice sessions and qualifying, but a good strategy call and a well executed race by Hamilton allowed them to seal a first victory of the 2021 Formula 1 season.

Reflecting on a hectic weekend, Wolff said that Mercedes were still lacking qualifying pace and admitted that the race showed what kind of task the team has on its hands this season.

“If somebody had predicted this would be the result on Sunday, I wouldn’t have believed it,” he said. “If you are 100% honest with yourself, we are still lacking pace in qualifying.

“Today we were definitely competitive, and the strategy made all the difference. We made a bold call in the beginning to take track position and the lead of the race, then at the end the racing gods were on our side. Bahrain was never the strongest race for Red Bull and they have never traditionally been the quickest out the blocks, so after today I have no doubt that they are going to be extremely difficult to beat in 2021. We have a real fight on our hands – and we’re all excited about the prospect of a really close battle for these championships.”