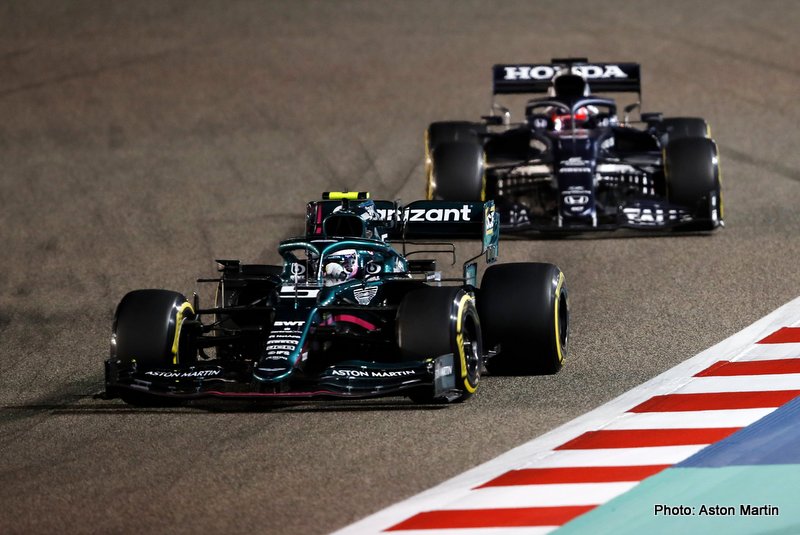 Sebastian Vettel has admitted that the incident between him and Esteban Ocon was “probably” his mistake, with the Aston Martin driver picking up a further two penalty points for his role in the collision.

The two drivers were fighting over position going into Turn 1 before Vettel made contact with the rear of Ocon’s Alpine, sending both drivers off the track.

Ocon finished the race 13th, two places clear of Vettel, who also earned himself a 10-second penalty following the accident.

Overall, the German’s tally of penalty points from the weekend came out at five, with the three he gained for ignoring waved yellow flags during qualifying taken into account.

“I thought he would stay right and then when he came back left, he was right ahead of me and I locked up,” he said. “So it was probably my mistake.”

“I spoke with him straight away and I think we agree so there’s not that much to go through.”

Ocon said that Vettel had apologised to him following the incident and admitted he would have been more annoyed had they been fighting for points.

“I have rewatched the accident just now,” the Frenchman added. “He came in and apologised, he got the penalty for it so it’s all OK.

“If we were fighting for good points at the time, I would have been more upset.”