Perez: I have to be patient and it should be a matter of time 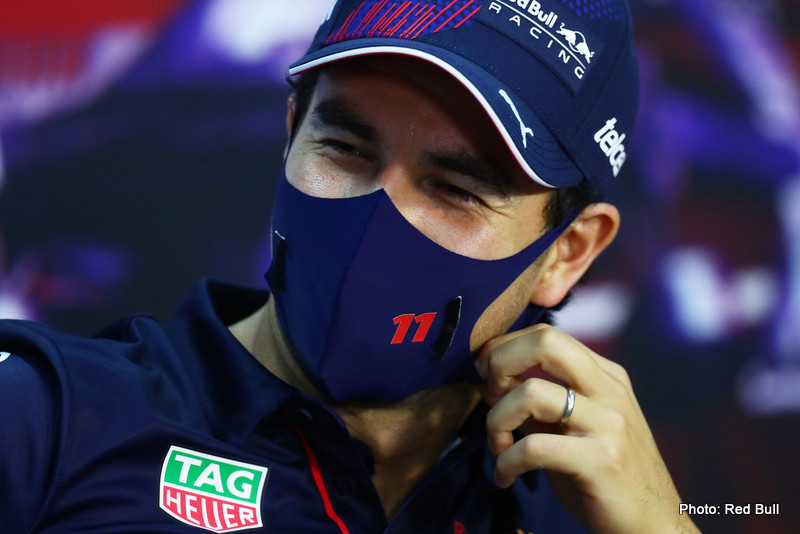 Sergio Perez has admitted that his first race weekend with Red Bull has been “difficult” so far, but he remains confident that he can turn things around.

While his new teammate Max Verstappen put the RB16B on pole position, Perez was knocked out of qualifying for the Bahrain Grand Prix in Q2, while attempting to make it into the final part of the session on the medium tyres.

As a result, the Mexican will start the race in 11th, far from where he would have liked to given the relative speed of the Red Bull car this weekend.

“It’s been a difficult weekend overall, getting up to speed with the change of winds and given that it’s a one lap tyre around here, you cannot really do more than one lap,” Perez said.

“I just have to be patient with myself, put the work in and it should be just a matter of time. I’m not concerned at all.

“I think every kilometre that I’m doing with the car is helping me understand a lot. I’m happy with progress I did with the car understanding going into qualifying.”

Asked about whether made an error in trying to make it through Q2 on the mediums, Perez explained that he felt like he had the pace to get through.

“I was really confident that I had the pace in hand, just putting the lap together would have get me through but I didn’t put it together,” he added.

“I think that was the right call from the team to try to go through on the medium, but I just didn’t put the lap together.”

With many of the cars towards the back end of the top 10 starting the race on soft tyres, Perez should still have a great opportunity to move through the field on Sunday.