Horner: A great race, a tough one to lose 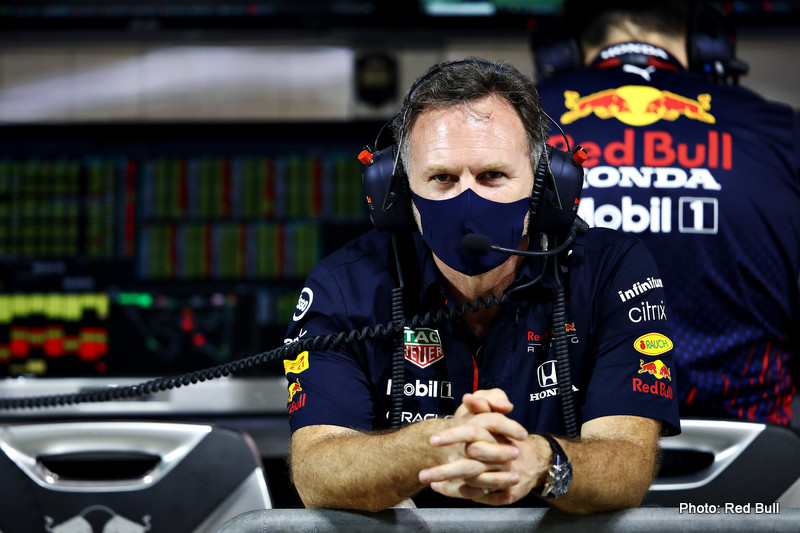 Christian Horner admitted that the Bahrain Grand Prix was “tough” to lose after Lewis Hamilton held off Max Verstappen in the final laps.

Red Bull appeared to have the pace advantage and looked set to take the win as Verstappen drove up to the back of Hamilton, but the seven-time world champion was just able to stay in front.

The one time Verstappen was able to get past at Turn 4, he was told to give the place back for completing the pass while all four wheels were off the track.

Looking back on what was a very hard-fought and tense battle, the Red Bull team principal said that he hopes to see more similar races in the future.

“A great race, a tough one to lose,” Horner told Sky Sports F1. “It is the first of 23 so hopefully we give Lewis a harder time this year.

“Once you have that instruction you have to move out of the way. It is tough racing, it is fair racing.

“The races come thick and fast once we get going. Mercedes have been so strong over the years.

“I think the biggest winner today was the fans. It sets up a great season and I hope we see more battles between Max and Lewis this season.”