Hamilton: It was one of the hardest races I’ve had for a while 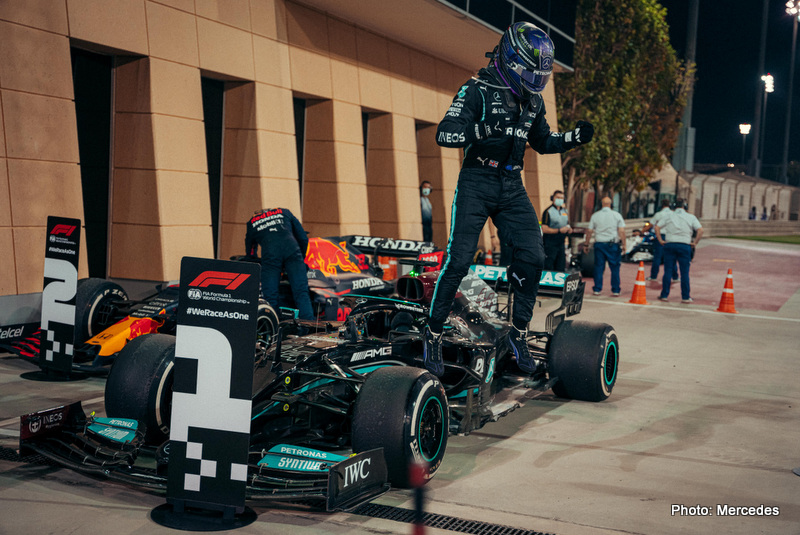 Lewis Hamilton dubbed the 2021 Bahrain Grand Prix one of his “hardest races” after he held off Max Verstappen in the closing laps for a thrilling victory.

Starting second on the grid behind polesitter Verstappen, Hamilton used strategy to hit the front before displaying some excellent defensive driving to prevent the Dutchman from getting back past.

Verstappen did make it through at one point, but was forced to give the place back for exceeding track limits.

Speaking after the race, Hamilton praised his Red Bull rival, describing the 23-year-old as a “fantastic driver”.

“The pressure was immense,” he told Sky Sports F1. “He’s a fantastic driver and they have the quicker car.

“So, to keep him behind on fresher tyres also, it was one of the hardest races that I’ve had for a while. But I’ve got a really bad memory so I’m sure there are other good ones too.”

Mercedes were far from convincing in comparison to Red Bull in pre-season testing and across the weekend in Bahrain.

However, they looked to have closed the gap by the time race day rolled around and Hamilton thanked the team for their hard work.

“We came into this race knowing that we were on the back foot and it was going to be a tough start,” he added.

“But everyone worked incredibly hard to at least try and maximise what we have. Everyone just kept their heads down and I’m incredibly grateful to everybody.”