Hamilton: Regulation changes aimed to peg us back 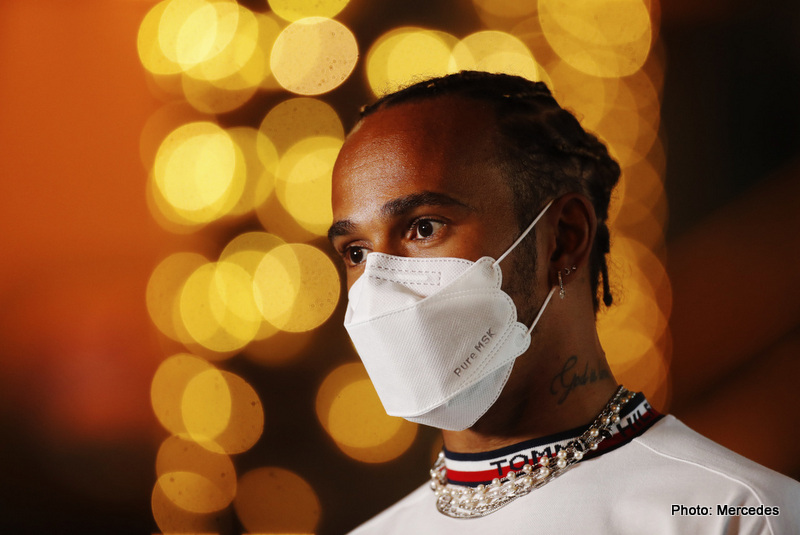 Lewis Hamilton believes that the off-season regulation changes relating to the floor and rear-end of the car were designed in order to peg Mercedes back.

Red Bull and Max Verstappen took pole position ahead of the opening Grand Prix of the 2021 Formula 1 season in Bahrain, the first time a non-Mercedes car has been on pole for the first race of the year since 2013.

Hamilton will start alongside Verstappen on the front row on Sunday and said he and the team were relishing the challenge.

“I mean, it’s no secret that the changes, of course they have been done to peg us back,” he said. “But that’s OK.

“We love a challenge and we don’t look down on these things. We just work hard to do the best we can, and that’s what we will do.”

While Hamilton was almost four tenths adrift of the Dutchman, the seven-time world champion was still encouraged by the progress Mercedes have made since pre-season testing.

“I think this is a really good step forward for us coming this weekend,” he added.

“I think we thought it was double the gap that you see today and so that’s really down to some really fantastic work from the men and women back at the factory.

“Our balance wasn’t really that spectacular, but it wasn’t the worst, driving. It was just if you work things out, it looked like it was a couple of tenths difference between us. But we’ll see.

“It definitely didn’t look terrible and it was a lot better than what I thought was going to be in testing.”