Bahrain FP3: Verstappen fastest by wide margin ahead of quali 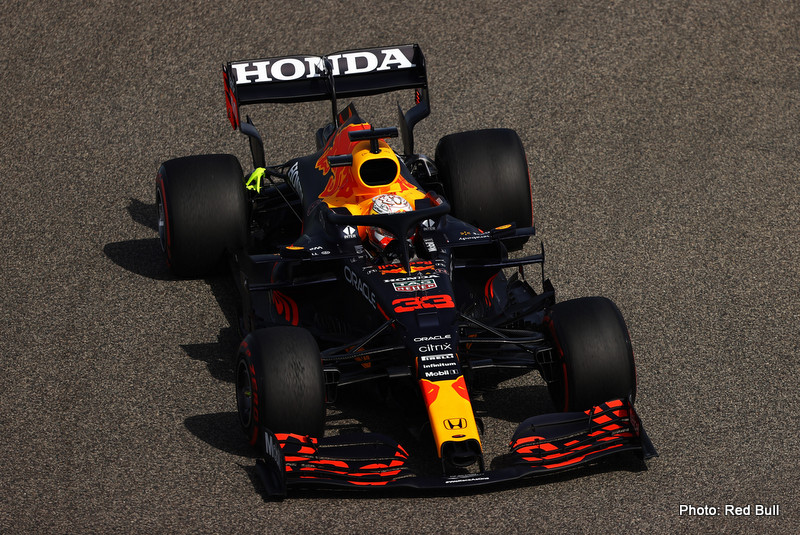 Max Verstappen continued his perfect start to the Bahrain Grand Prix weekend, topping FP3 by a significant margin to Lewis Hamilton in second.

Verstappen was more than seven tenths faster than his closest rival and will surely be confident going into the first qualifying session of the new season.

Pierre Gasly was third fastest after another promising outing for AlphaTauri, with the Frenchman one second back from the pace-setting Red Bull.

The session got underway at 3pm local time in much hotter conditions than are forecast for qualifying and the race, and the teams were slow to send their cars out onto the track at the start of the session as a result.

It took 18 minutes for the first legal timed lap to be completed, with Carlos Sainz putting in a pedestrian 1.33.931 to get proceedings underway.

Sainz’s teammate Charles Leclerc was facing the wrong way soon after, with the Monegasque driver having a spin on the exit of Turn 2 at the start of his first push lap.

The pace began to improve slowly, with Lewis Hamilton and Max Verstappen taking turns to go fastest, but with 30 minutes remaining the lap times were way down on those set during the more representative conditions in FP2.

After describing his car as “undrivable” on Friday, Valtteri Bottas continued to struggle for large parts of the session, with the Finn having numerous laps deleted for exceeding track limits.

However, Bottas managed to string together a better lap with just 18 minutes left, only for his teammate Lewis Hamilton to go more than half a second quicker.

As has been the case throughout the weekend though, it was Max Verstappen who would end the session quickest, with the Dutchman’s time of 1.30.577 on a new set of soft tyres leaving him seven tenths clear of Hamilton in second.

Gasly pipped Bottas to third place on his final qualifying simulation lap, with Sergio Perez in fifth, more than a second adrift of his new teammate.

Carlos Sainz put in another solid performance for Ferrari in sixth, following on from his fourth-place finish in FP2, while Kimi Raikkonen gave further reason for optimism at Alfa Romeo in seventh.

Alpine and Aston Martin were next in the shape of Esteban Ocon and Lance Stroll, who were eighth and ninth respectively, with plenty of questions remaining about where the two rebranded teams stand in the pecking order.

Daniel Ricciardo was 11th for McLaren, with Lando Norris 16th, a step back from the impressive pace shown by the team on Friday. Leclerc was 11th, ahead of Antonio Giovinazzi and Yuki Tsunoda in 12th and 13th.

World champions Sebastian Vettel and Fernando Alonso were next, with both still getting to grips with their new environment. The gap of more than two seconds to Verstappen will not please either of them though and they will need to show real improvement in qualifying this afternoon.

George Russell was 17th once again, ahead of Mick Schumacher, Nikita Mazepin and Nicholas Latifi, as Williams and Haas continue to look like they are cut adrift towards the rear of the field. 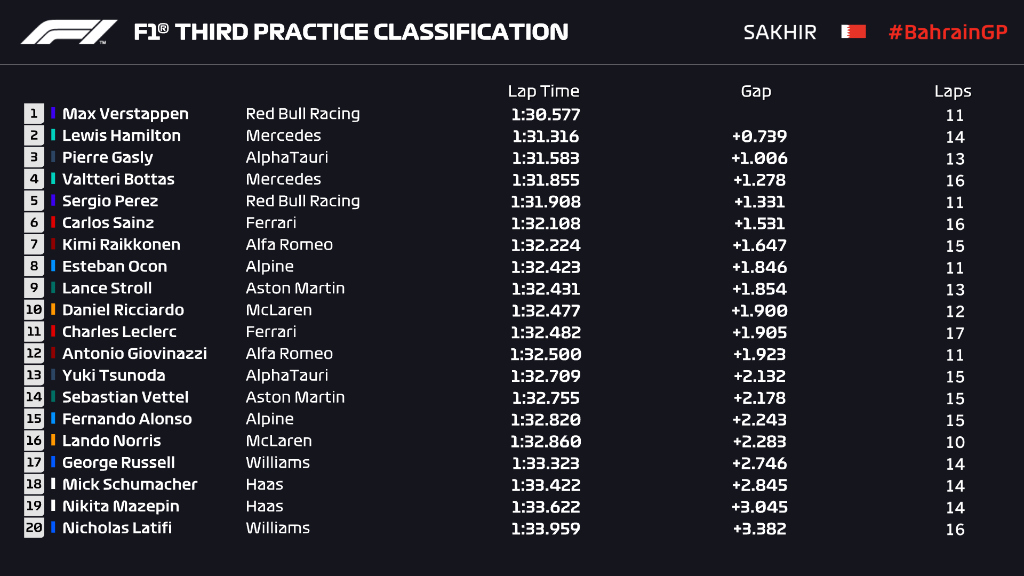 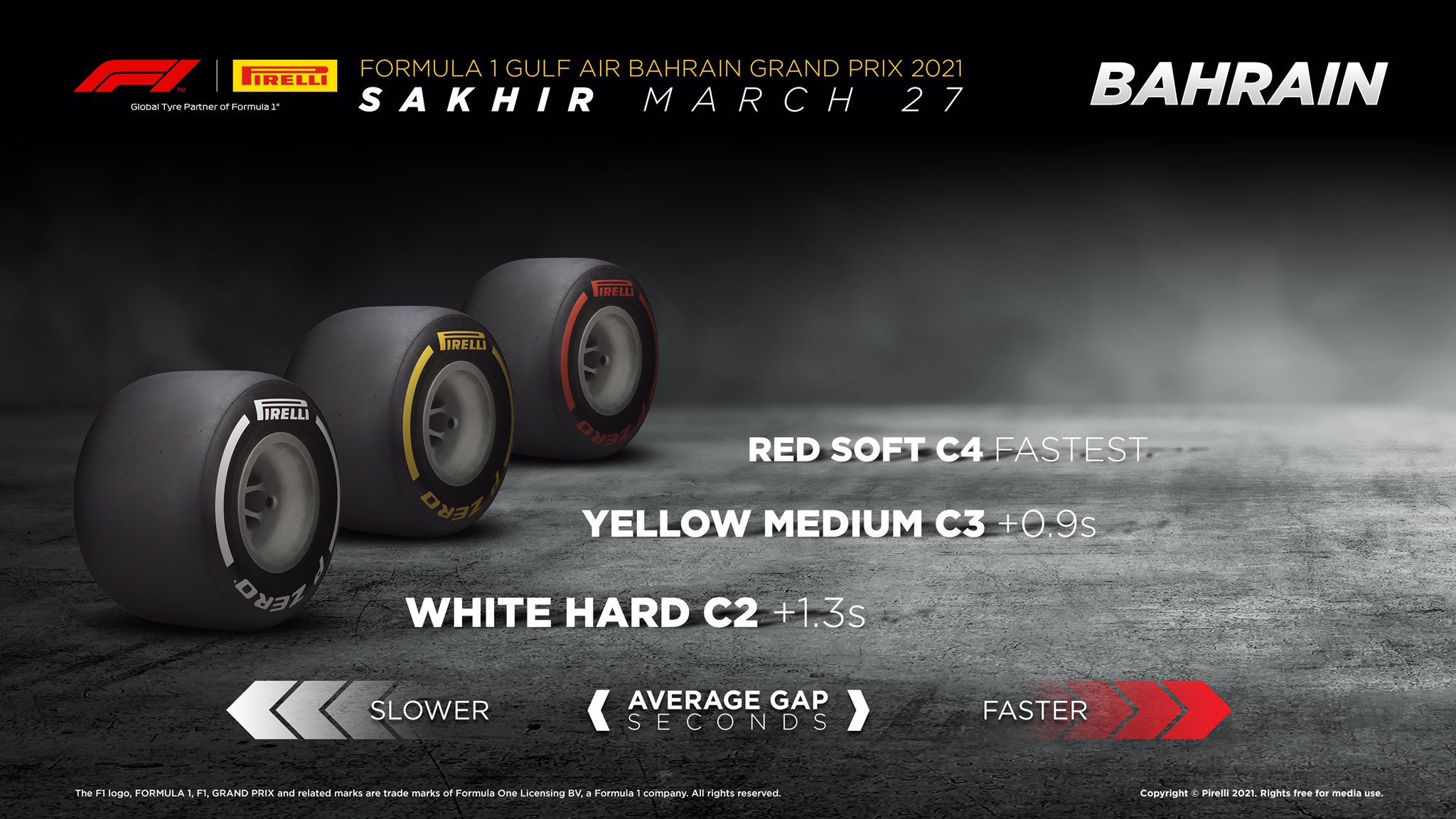