Hamilton: We still have a hill to climb 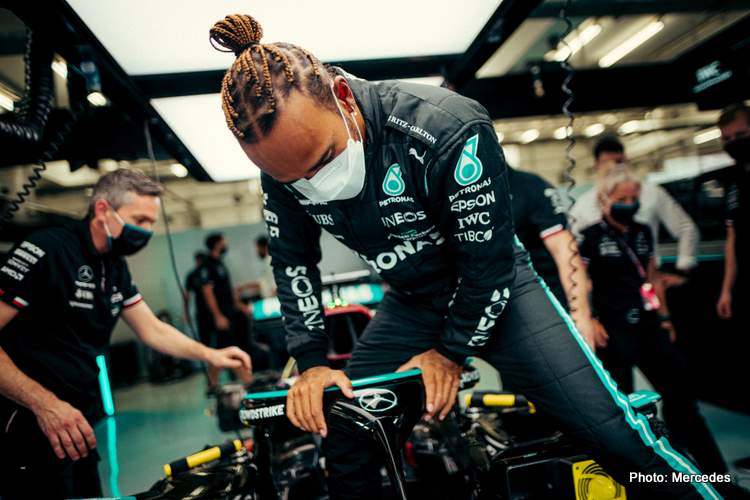 On Friday evening, Valtteri Bottas described his Mercedes as at times “undrivable” in practice for the Formula 1 season-opening Bahrain Grand Prix while seven-times world champion teammate Lewis Hamilton said his team still had a hill to climb.

Both the Black Arrows drivers agreed, however, that the car was better than it had been in testing two weeks ago.

Red Bull’s Max Verstappen with Honda power was fastest in both sessions with Bottas second in the first. Hamilton was third, behind Merc-powered McLaren’s Lando Norris, in the evening.

“We’ve done a lot of work over the past week and I think we have taken a step forward but we still have more to do,” said Hamilton. “We still have a hill to climb, but we’re staying positive.

“We thought Red Bull would be as fast as they are, if not faster, so we know they are leading at the moment. McLaren are looking great and it’s great to see them taking a step,” added the Briton.

Mercedes have won the past seven drivers’ and constructors’ championships and Hamilton is now the most successful driver in the sport’s history but this season is shaping up to be much closer.

The team were off the pace in testing while Red Bull pounded out the laps with a car that looked quick and stable.

“With tyres and downforce reduced, the global balance has just shifted and it wasn’t where we wanted it. The rear moves and you’re trying to find that tipping point.

“The tipping point used to be further away with more downforce on the car and now it falls away much quicker than normal. The performance we’ve lost on tyres doesn’t help,” added Hamilton.

Bottas said Mercedes were still not there with the balance and the car was not yet to his liking, “The last long run we did was pretty inconsistent and we couldn’t really put any laps together and the car felt undrivable at times. But it’s Friday and that’s why we practise.”

Mercedes team principal Toto Wolff predicted “a real dogfight” ahead, and added:”I think we are technically closer here than we have been in testing but I wouldn’t know where to position us versus Red Bull.”
(Reporting by Alan Baldwin)