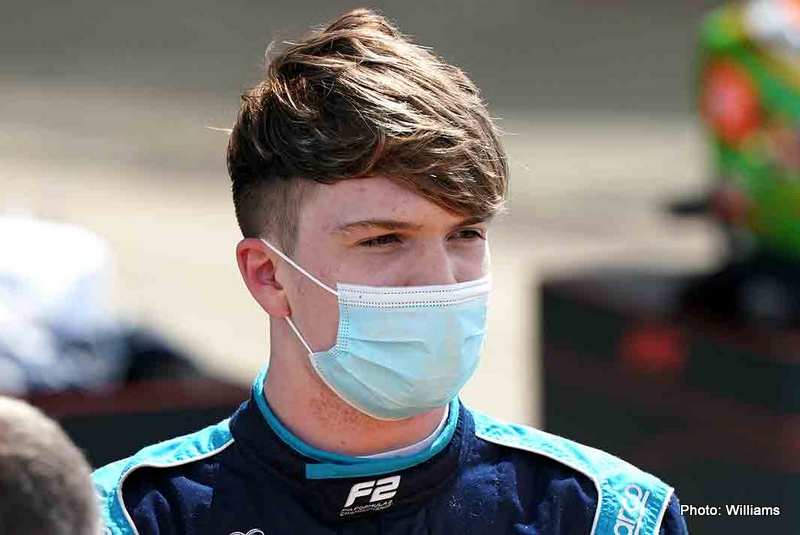 Williams have today confirmed that Dan Ticktum will continue his role as a development driver with the team in 2021.

Ticktum will compete in his second FIA Formula 2 season in 2021 and will be looking to compete for the title with the Carlin team behind him.

The Brit, who joined Williams in 2020, had previously been a member of Red Bull‘s young driver pool but was dropped from the programme in 2019.

Ticktum’s role will include spending time at the Williams factory in Grove, with simulator work and being immersed with the team at their headquarters and trackside where possible.

The two-time Macau Grand Prix winner has courted controversy in his young career, with Ticktum handed a two-year (one suspended) ban from motorsports in 2015 following an incident with Ricky Collard under the safety car in British Formula 4 (then MSA Formula).

Ticktum was in the headlines once again last season following a radio outburst at Silverstone. Losing out in a three-wide battle with Louis Deletraz and Artem Markelov, the then DAMS driver complained about Deletraz over the radio, saying: “Next time that ***** tries a kamikaze move like that I’m going to crash with him! I’m never going to give him that much respect ever again.”

Following the announcement, team principal Simon Roberts said: “It’s great to be continuing our working with Dan in his role as Development Driver for Williams Racing. He is a very exciting young driver with plenty of talent, which is evidenced by his back-to-back successes in Macau along with his impressive rookie season in F2 last year.

“We got to see first-hand his skills in the simulator and Dan played an important role in helping with car development, along with becoming a well-respected member of the team. We look forward to watching him grow and develop in 2021.”

Ticktum added: “I am very happy to be continuing my partnership with Williams as Development Driver. It will be fun to get more time trackside this year as last year was quite difficult, so it will be nice to get more involved with the team at the track. I am looking forward to continuing my support in the sim, and I am very focused for this year. I still have a lot of work to do as my season hasn’t started but I am privileged and very happy as always to be representing Williams.”