Hamilton: I don’t feel like I am at the end 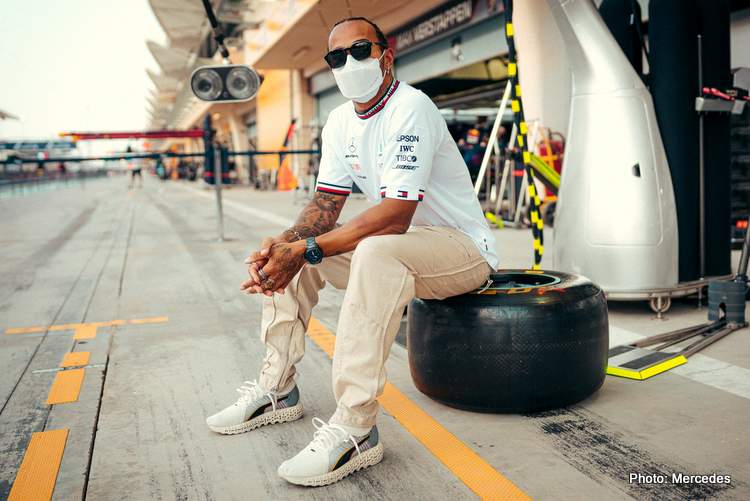 Reigning Formula 1 World Champion Lewis Hamilton said he does not feel like he is anywhere near the end of his remarkable journey.

On the eve of his championship defence in Bahrain, the 36-year-old also confirmed he will continue to take a knee this season.

Hamilton and his Mercedes team recently agreed terms only on a one-year extension, raising the prospect that this campaign could be the Briton’s 15th and final in the sport.

But Hamilton, who is bidding to win an unprecedented eighth world title, told reporters on Thursday: “In the current position I am in I don’t feel like I am at the end. Over the next eight months or so I will find out if I am ready to stop, but personally, I don’t think I will.

“We have got these changes happening next year which are exciting, and this season could be the most exciting one yet. We have new teams, new formats, and it is closer.

“The position I am in has nothing to do with whether we are winning the championship. I don’t quit when the going gets tough.

“I wanted a one-year deal. I am fully committed to this sport. I love what I am doing and I arrive more excited than I have in a long time.”

“We are going to have a great battle and that is what I have always loved. It is massively exciting for us as team. I am so excited of that challenge and seeing the other teams closer is going to be great for fans.”

Hamilton won last year’s title against the backdrop of his personal fight against social injustices. His Mercedes car has been painted black for a second year in a powerful anti-racism message.

Ahead of Sunday’s curtain-raiser, F1 bosses have confirmed there will be a dedicated slot ahead of each of the 23 scheduled races where drivers will be allowed to take the knee.

“I cannot ignore the fact that last year weighed heavily on me,” added Hamilton, who was knighted in the New Year Honours list.

“It definitely felt empowering to not be silent like some may want you to be. It definitely felt good to take the knee to let the black community know, ‘I hear you, I see you, and I stand with you’ – and that was important for me.

“There are so many things we need to address around the world and I cannot fix everything but I want to help. We have an amazing platform here.

“I plan to continue to take the knee because what is really important is when young children are watching what we are doing in this sport, and when they see us take the knee, they will sit and ask their parents or their teachers why are they doing that? What are they taking a knee for? And it sparks an uncomfortable conversation.

As for his state-of-mind ahead of the new season, which begins with free practice for the Bahrain Grand Prix on Friday, Hamilton wrote on Instagram: “Leading up to today and even after I crossed the line, I’ve been gathering my thoughts about what’s most important to me.

“This year has been so unpredictable. With the pandemic and obviously the season being pushed back by several months, I had the most downtime I’ve ever had in my life. It gave me the chance to really think about my ultimate purpose.

“Seven World Championships means the world to me, I can’t even describe how much, but there’s still another race we’ve yet to win. This year I’ve been driven not just by my desire to win on the track, but by a desire to help push our sport, and our world to become more diverse and inclusive.

“I promise you I am not going to stop fighting for change. We have a long way to go but I will continue to push for equality within our sport, and within the greater world we live in.

“Equaling Michael Schumacher’s record puts a spotlight on me that I know won’t be here forever. So, while you’re here, paying attention, I want to ask everyone to do their part in helping to create a more equal world. Let’s be more accepting and kinder to each other.

“Let’s make it so that opportunity is not something that is dependent on background or skin colour. Nothing is impossible.

“A driving force for me this year has been to set an example for the next generation, to never give up on your dreams. I was told by many that my dream was impossible, yet here I am. I want you to know that you can do it too.

“Never give up, keep fighting, and let’s keep rising to the occasion,” added Sir Hamilton ahead of a season in which he could well rise to the top of the list of the sport’s greatest drivers, undisputed that is. (Additional reporting AP)